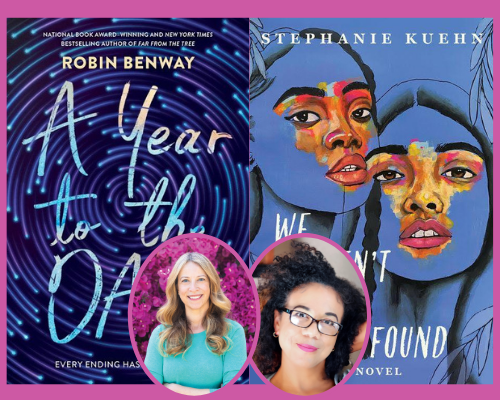 National Book Award-winning and New York Times bestselling author Robin Benway returns with a story of love, loss, and sisterhood reminiscent of I’ll Give You the Sun and Every Day. Told in reverse chronological order, A Year to the Day will claim a permanent home in your heart.

IT’S BEEN A YEAR—A YEAR OF MISSING NINA

Leo can’t remember what happened the night of the accident. All she knows is that she left the party with her older sister, Nina, and Nina’s boyfriend, East. And now Nina is dead, killed by a drunk driver and leaving Leo with a hole inside her that’s impossible to fill.

East, who loved Nina almost as much as Leo did, is the person who seems to most understand how she feels, and the two form a friendship based on their shared grief. But as she struggles to remember what happened, Leo discovers that East remembers every detail of the accident—and he won’t tell her anything about it. In fact, he refuses to talk about that night at all.

As the days tumble one into the next, Leo’s story comes together while her world falls apart. How can she move on if she never knows what really happened that night? And is happiness even possible in a world without Nina?

ROBIN BENWAY is a National Book Award–winning and New York Times bestselling author of seven novels for young adults, including Audrey, Wait!; the AKA series; Emmy & Oliver; and Far From the Tree. Her books have received numerous awards and recognition, including a Blue Ribbon Award from the Bulletin of the Center for Children’s Books, ALA Booklist’s Best Books for Young Adults, and ALA Booklist’s Popular Paperbacks for Young Adults. In addition, her novels have received starred reviews from Kirkus Reviews, ALA Booklist, and Publishers Weekly and have been published in more than twenty-five countries. Her previous book, Far From the Tree, won the National Book Award for Young People’s Literature and the PEN America award. Robin grew up in Orange County, California; attended NYU, where she was the recipient of the Seth Barkas Prize for Creative Writing; and is a graduate of UCLA. She currently lives in Los Angeles.

Stephanie Kuehn is a psychologist and an author. She has written five novels for teens, including Charm & Strange, which won the ALA's 2014 William C. Morris Award for best debut young adult novel. Stephanie lives in the San Francisco Bay Area with her family and their many pets, where life is loud, joyous, and filled with animal hair.

A Year to the Day (Hardcover)

We Weren't Looking to Be Found (Hardcover)