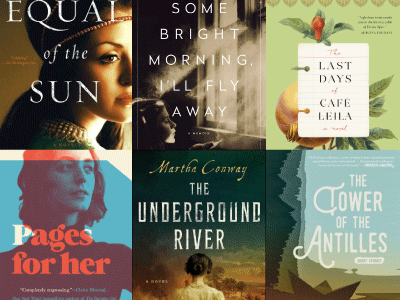 Moderator: Anita Amirrezvani was born in Tehran, Iran, and raised in San Francisco. Her first novel, The Blood of Flowers, has appeared in 31 languages and was long-listed for the 2008 Orange Prize for Fiction. Her second novel, Equal of the Sun, was published by Scribner in 2012. Tremors: New Fiction by Iranian-American Writers, an anthology co-edited with Persis Karim, was released in 2013. Anita has given book readings in Australia, Canada, Croatia, Dubai, Lithuania, New Zealand, Scotland, and in many locations throughout the United States. She teaches in the MFA Writing Program at the California College of the Arts.

ALICE ANDERSON’s work has appeared in literary journals including Agni and New Letters and is featured in anthologies such as American Poetry and On The Verge. Her second collection of poetry, The Watermark, contains three Pushcart Prize–nominated poems; her first, Human Nature, was published to critical acclaim. The recipient of The Plum Review Prize, the Elmer Holmes Bobst Prize, and The Great Lakes Colleges Best First Book Prize, she also received the Haven Foundation Grant from Stephen King.

Donia Bijan left her native Iran in 1978 during the Islamic Revolution. She settled in California and graduated from UC Berkley and the Cordon Bleu in Paris. After presiding over many of San Francisco's acclaimed restaurants and earning awards for her French-inspired cuisine, in 1994 she opened her own celebrated bistro, L'amie Donia, in Palo Alto, and wrote her well-received memoir, Maman’s Homesick Pie. She lives in Northern California and divides her days between raising her son, teaching, and writing.

Sylvia Brownrigg is the author of several acclaimed works of fiction including Morality Tale, The Delivery Room, winner of the Northern California Book Award, Pages for You, winner of the Lambda Award, and The Metaphysical Touch—and a collection of stories, Ten Women Who Shook the World. Her latest novel, Pages for Her, will be released by Counterpoint in 2017. Sylvia’s works have been included in the New York Times and Los Angeles Times lists of notable fictions and have been translated into several languages. Sylvia grew up in California and in England, was educated at Yale and Johns Hopkins Universities, and lived for many years in London. She has been actively involved as a parent and step-parent the past fifteen years, and is on the council of Narrative Magazine.

Martha Conway is the author of several novels, including Thieving Forest, which won the North American Book Award in Historical Fiction and an Independent Publishers Book Award. It has been called “extraordinary” by the Akron Beacon Journal and “hypnotic” by Kirkus Reviews. Her first novel was nominated for an Edgar Award, and her short fiction has appeared in the Iowa Review, Mississippi Review, The Quarterly, Carolina Quarterly, and other publications. Martha has reviewed fiction for the San Francisco Chronicle and the Iowa Review and is a recipient of a California Arts Council fellowship in Creative Writing. Her novel Sugarland was named one of Kirkus Reviews’ Best Books of 2016. The Underground River, her latest novel, will be released in June 2017 from Touchstone. Martha is an instructor of creative writing at Stanford University’s Continuing Studies Program and UC Berkeley Extension. Born and raised in northern Ohio, she now lives in San Francisco with her family.

ACHY OBEJAS is the author of the critically acclaimed novels Ruins, Days of Awe, and three other books of fiction. She edited and translated (into English) the anthology Havana Noir, and has since translated Junot Díaz, Rita Indiana, Wendy Guerra, and many others. In 2014, she was awarded a USA Ford Fellowship for her writing and translation. She currently serves as the Distinguished Visiting Writer at Mills College in Oakland, California. The Tower of the Antilles, Obejas' stories of contemporary Cuba explores how history and fate intrude on even the most ordinary of lives.

Equal of the Sun: A Novel (Paperback)

Some Bright Morning, I'll Fly Away: A Memoir (Hardcover)

The Last Days of Café Leila: A Novel (Hardcover)

Pages for Her (Hardcover)

The Underground River: A Novel (Hardcover)

The Tower of the Antilles (Hardcover)