RAINN WILSON In Conversation with MARK KOZELEK at The Grand Lake Theater in Oakland! 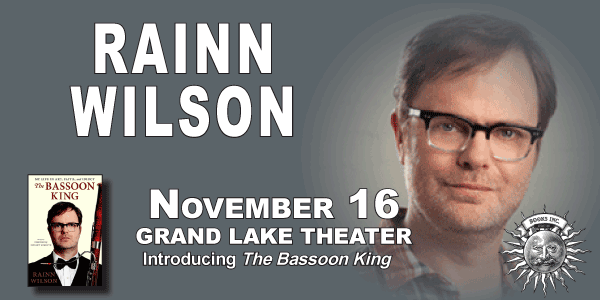 Ticket includes entrance to the event and a copy of The Bassoon King. A Book Signing will follow Rainn Wilson's talk.

Emmy-nominee, Twitter icon, and founder of the philosophy website SoulPancake, Rainn Wilson discusses his memoir about growing up geeky and finally finding his place in comedy, faith, and life, The Bassoon King: My Life in Art, Faith, and Idiocy. Rainn will be in conversation with Mark Kozelek, singer-songwriter for Sun Kill Moon and Red House Painters.

This will be Rainn Wilson's only Northern California event!

About The Bassoon King: For nine seasons Rainn Wilson played Dwight Schrute, everyone's favorite work nemesis and beet farmer. Viewers of "The Office" fell in love with the character and grew to love the actor who played him even more. Rainn founded a website and media company, SoulPancake, that eventually became a bestselling book of the same name. He also started a hilarious Twitter feed (sample tweet: I'm not on Facebook is the new I don't even own a TV) that now has more than four million followers.
Now, he's ready to tell his own story and explain how he came up with his incredibly unique sense of humor and perspective on life. He explains how he grew up bone-numbingly nerdy before there was even a modicum of cool attached to the word. The Bassoon King chronicles his journey from nerd to drama geek (the highest rung on the vast, pimply ladder of high school losers), his years of mild debauchery and struggles as a young actor in New York, his many adventures and insights about "The Office," and finally, Wilson's achievement of success and satisfaction, both in his career and spiritually, reconnecting with the artistic and creative values of the Baha i faith he grew up in. 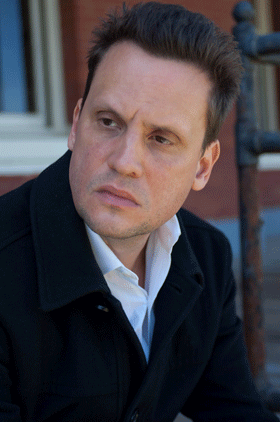 About Mark Kozelek: Universal Themes is The 7th full length Sun Kil Moon Album, released in 2015. The album received some of Mark Kozelek's best reviews including a 9 out of 10 in Uncut Magazine and an A- at Consequence Of Sound. In August of 2011, the film Mark Kozelek: On Tour was released via Caldo Verde Records. The film follows Mark on two different tours in support of the Sun Kil Moon release, Admiral Fell Promises, released in 2010. The album was played entirely by Mark Kozelek on nylon string guitar and includes 10 original songs. A limited EP entitled I’ll Be There coincided with the release. The 4 song EP includes 1 out-take and 3 covers, including the Jackson's ‘I’ll Be There.’ On November 22, 2011, Desertshore’s second album was released. Mark Kozelek contributed vocals to 6 of the album's 10 tracks. A hardback edition of Nights of Passed Over, a collection of Mark's lyrics originally published in a limited edition in Portugal in 2002, was also released in 2008. The book includes a preface by Mark and a 12-song rarities CD entitled Nights LP. The book is out of print. Mark’s music has been licensed to numerous television shows including The O.C., The Big C, Revenge, Brothers and Sisters, Friday Night Lights,and Sons of Anarchy as well as several films including Tarnation, Against The Current, The Elephant In The Livingroom,, Excess Baggage, and Vanilla Sky. Mark scored original music for the films Farewell Bender, Last Ball, and Lorena Ochoa: el Camino a la Cima.

The Bassoon King: My Life in Art, Faith, and Idiocy (Hardcover)