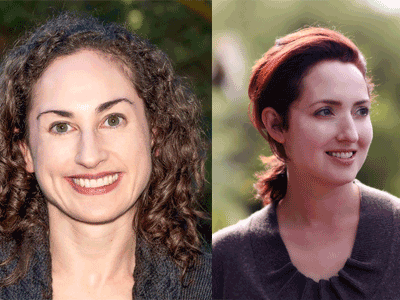 Three-time Pushcart Prize nominee Elizabeth Percer discusses her unforgettable new work of ficiton, All Stories Are Love Stories. In this thoughtful, mesmerizing tale with echoes of Station Eleven, the author of An Uncommon Education follows a group of survivors thrown together in the aftermath of two major earthquakes that strike San Francisco within an hour of each other an achingly beautiful and lyrical novel about the power of nature, the resilience of the human spirit, and the enduring strength of love.

How far would you go to get what you wanted? The author of Don t Try to Find Me returns with a taut, riveting novel of psychological suspense a domestic drama full of secrets and twists about a woman determined to have a child, her ambivalent husband, and a pregnant teenager with a secret agenda of her own.

I know now that there was no other way things could have turned out. Tragedies are inevitable, just like the great love stories, like us.

Thirty-nine-year-old Adrienne is desperate to be a mother. And this time, nothing is going to get in her way.

Sure, her husband, Gabe, is ambivalent about fatherhood. But she knows that once he holds their baby, he ll come around. He s just feeling a little threatened, that s all. Because once upon a time, it was Gabe that Adrienne wanted more than anything; she was willing to do anything. . . . But that was half a lifetime ago. She s a different person now, and so is Gabe. There are lines she wouldn t cross, not without extreme provocation.

And sure, she was bitten once before by another birth mother clear to the bone and for most people, it s once bitten, twice shy. But Adrienne isn t exactly the retiring type.

At nineteen, Leah bears a remarkable resemblance to the young woman Adrienne once was. Which is why Adrienne knows the baby Leah is carrying is meant to be hers. But Leah s got ideas of her own: Her baby s going to get a life in California; why shouldn t she? All she wants is to live in Adrienne s house for a year after the baby s born, and get a fresh start.

It seems like a small price for Adrienne to pay to get their baby. And with Gabe suddenly on board, what could possibly go wrong?"

All Stories Are Love Stories: A Novel (Hardcover)

A Necessary End: A Novel (Paperback)