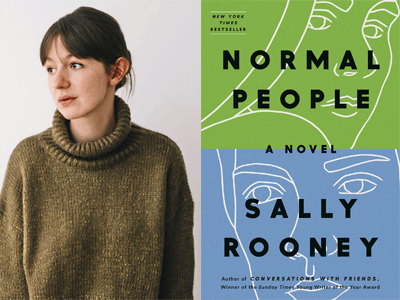 This event has been rescheduled. If you had ticket(s) to the original event on November 8, your ticket(s) are still valid for the new date, January 10, and seat assignments remain the same. Simply hold onto your ticket(s) and we’ll see you on January 10.

If you would prefer to exchange your ticket(s) for another City Arts & Lectures event, receive a refund, or donate your tickets back as a tax-deductible contribution, please call City Box Office at 415-392-4400 or email info@cityboxoffice.com. All refunds or exchanges must be made by Monday, December 2.

In Conversation with Heidi Julavits

Sally Rooney “writes about tricky commonplace things (text messages, sex) with a familiarity no one else has” (The Paris Review). Her novels Conversations with Friends and Normal People, are nuanced portraits of people in their twenties, exploring their relationships to one another and the structures of class, abuse, and intimacy. Born in Ireland, Rooney earned a Master’s degree in American Literature at Trinity College Dublin. She is a nationally ranked debater and lifelong Marxist. Her work has appeared in The New Yorker, The New York Times, Granta and The London Review of Books and she is the editor of the Irish literary journal The Stinging Fly.

Heidi Julavits is the founding editor of Believer magazine, and the author of four novels, including The Vanishers and The Uses of Enchantment. She is the co-editor, with Sheila Heti and Leanne Shapton, of the New York Times bestseller Women in Clothes, and her fiction has appeared in The Best American Short Stories, McSweeney’s, Zoetrope All-Story and elsewhere. She is a professor of creative writing at Columbia University.

Conversations with Friends: A Novel (Paperback)