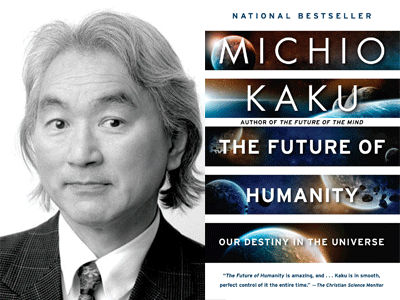 In Conversation with Alexis Madrigal

Dr. Michio Kaku is a theoretical physicist and futurist, and the co-founder of string field theory, a branch of the theoretical framework of string theory. His work follows the directive of Einstein, attempting to develop a Theory of Everything that unites the four fundamental forces of the universe. His books include The Future of the Mind, Physics of the Future, Physics of the Impossible, and Parallel Worlds. His most recent, The Future of Humanity: Terraforming Mars, Interstellar Travel, Immortality, and Our Destiny Beyond Earth considers the concrete, scientific possibility of moving human civilization to outer space, drawing upon astrophysics, artificial intelligence, and cutting-edge developments in robotics, nanotechnology, and biotechnology to make a case for the potentials of sustainable human life as it intersects with new technology. Dr. Kaku is also the science correspondent for CBS: This Morning, host of two weekly science radio programs, Science Fantastic and Explorations in Scienceand a Professor in Theoretical Physics at the City University of New York.

Alexis Madrigal is a staff writer at The Atlantic and the author of Powering the Dream: The History and Promise of Green Technology. He created and hosted Containers, a podcast about the machinery of global capitalism and the city of Oakland.

The Future of Humanity: Our Destiny in the Universe (Paperback)