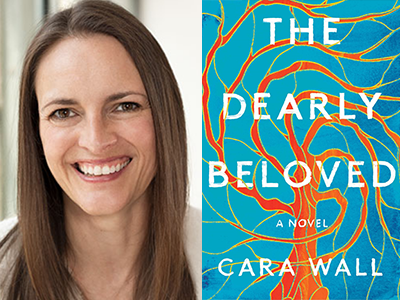 A luminous debut novel about two young couples whose lives become intertwined when the husbands are appointed co-ministers of a venerable New York City church in the 1960s, spanning decades--for readers of Ann Patchett and Nicole Krauss.

Charles and Lily, James and Nan. They meet in Greenwich Village in 1963 when Charles and James are jointly hired to steward the historic Third Presbyterian Church through turbulent times. Their personal differences however, threaten to tear them apart.

Charles is destined to succeed his father as an esteemed professor of history at Harvard, until an unorthodox lecture about faith leads him to ministry. How then, can he fall in love with Lily--fiercely intellectual, elegantly stern--after she tells him with certainty that she will never believe in God? And yet, how can he not?

James, the youngest son in a hardscrabble Chicago family, spent much of his youth angry at his alcoholic father and avoiding his anxious mother. Nan grew up in Mississippi, the devout and beloved daughter of a minister and a debutante. James's escape from his desperate circumstances leads him to Nan and, despite his skepticism of hope in all its forms, her gentle, constant faith changes the course of his life.

In The Dearly Beloved, we follow these two couples through decades of love and friendship, jealousy and understanding, forgiveness and commitment. Against the backdrop of turbulent changes facing the city and the church's congregation, these four forge improbable paths through their evolving relationships, each struggling with uncertainty, heartbreak, and joy. A poignant meditation on faith and reason, marriage and children, and the ways we find meaning in our lives, Cara Wall's The Dearly Beloved is a gorgeous, wise, and provocative novel that is destined to become a classic.

The Dearly Beloved: A Novel (Hardcover)