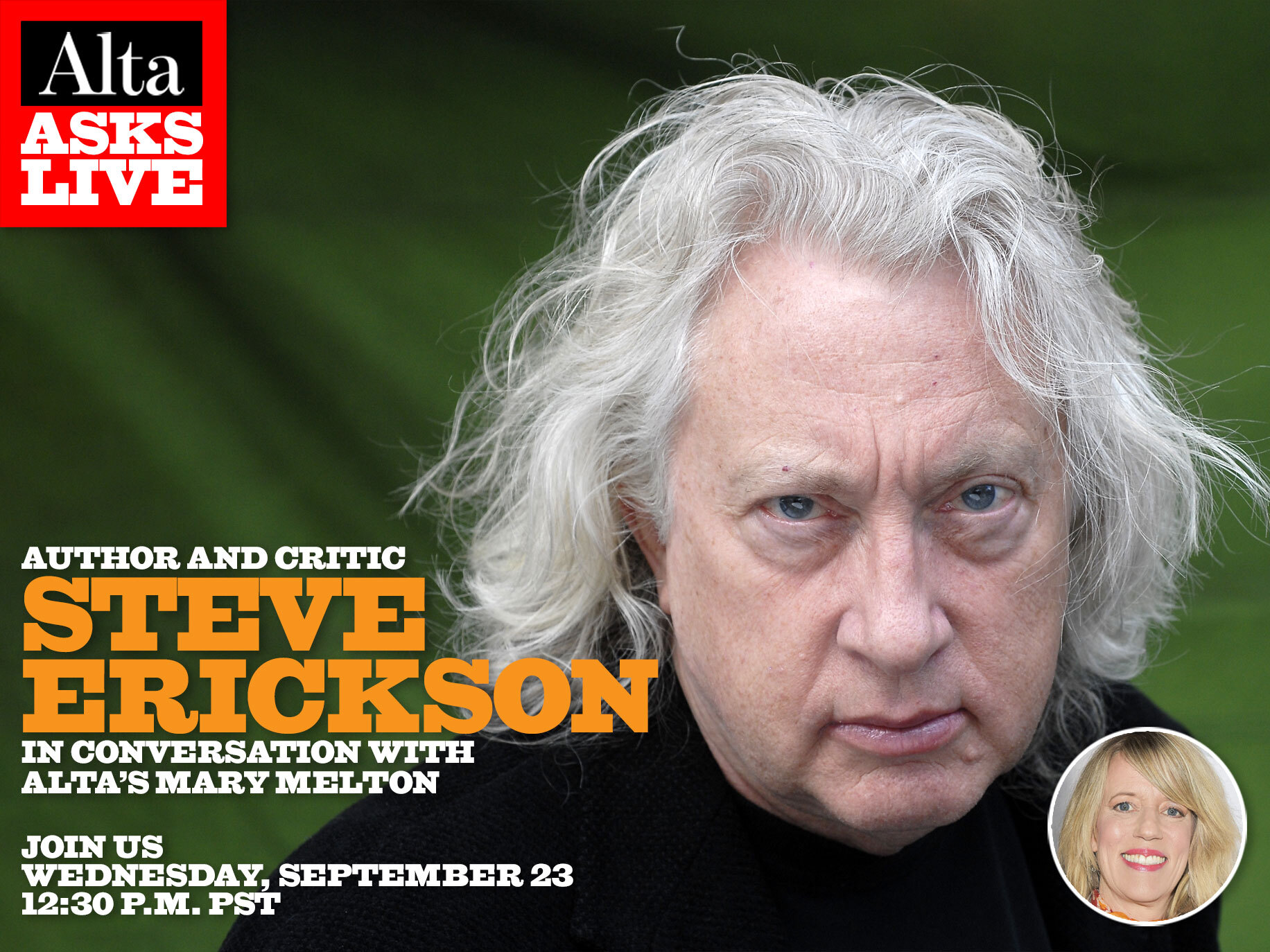 Novelist and critic Steve Erickson joins Alta Asks Live to take us from The War of the Worlds to Get Out (with stops on Battlestar Galactica and The X-Files) to learn how sci-fi on screen keeps pace with the real world.

How does science fiction reflect the culture of its time, and how does the genre differ from the big screen to the small? Novelist and critic Steve Erickson joins Alta Asks Live and Alta Editor at Large Mary Melton to take us from The War of the Worlds to Get Out (with stops on Battlestar Galactica and The X-Files in between) to learn how scifi keeps pace with the real world. REGISTER

Read Erickson’s The Evolution of SciFi on Screen

Steve Erickson is the author of ten novels: Days Between Stations, Rubicon Beach, Tours of the Black Clock, Arc d’X, Amnesiascope, The Sea Came in at Midnight, Our Ecstatic Days, Zeroville, These Dreams of You and Shadowbahn. He also has written two books about American politics and popular culture, Leap Year and American Nomad. Numerous editions have been published in English, Spanish, French, German, Italian, Dutch, Polish, Greek, Russian, Chinese and Japanese. Over the years he has written for Esquire, Rolling Stone, Smithsonian, Conjunctions, Salon, the L.A. Weekly, the New York Times Magazine and other publications and journals, and his work has been widely anthologized. For twelve years he was editor and co-founder of the national literary journal Black Clock. Currently he is the film/television critic for Los Angeles magazine and a Distinguished Professor at the University of California, Riverside. He has received the American Academy of Arts and Letters award in literature, a fellowship from the John Simon Guggenheim Foundation, the Lannan Lifetime Achievement Award, a grant from the National Endowment for the Arts, and twice has been nominated for the National Magazine Award for criticism and commentary.