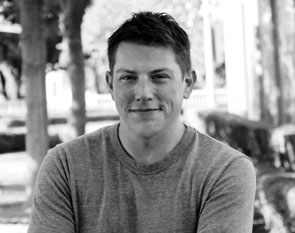 Until recently, I called myself an “accidental author.” After all, I grew up dreaming of making movies, not writing books. I went to film school, moved to Los Angeles and subjected myself to the requisite years of poverty and humiliation – answering phones, fetching coffees and getting luxury cars washed by day, and writing screenplays no one wanted to read by night. Somewhere between my 100th abandoned screenplay and my 10,000th coffee run, I wrote a book called Pride and Prejudice and Zombies. Voila. I was an author.

But looking back, I wonder about the “accidental” part.

I grew up in Connecticut, where my mother was (and still is) an editor at a small publishing house, and an author in her own right. My stepfather ran a used and rare bookshop, and his personal collection of fantasy, science fiction and horror titles ran into the thousands, their spines meticulously arranged on shelves in our converted basement, alphabetically by author:Asimov, Bradbury, Ellison, King, Koontz, Rice, Vonnegut. I was, quite literallysurrounded by books.When birthdays or holidays rolled around, I would ask for the latest toy or 8-bit video game, only to unwrap a first edition Stephen King hardcover. Back then, those books were disappointments. Today, they’re among my most prized possessions.

In our house, reading wasn’t something you had to do, it was just something you did. And making up stories of my own, whether they were written in notebooks, or clumsily filmed on VHS in our backyard, seemed like a natural extension. This, I think, was one of the great gifts of my childhood. Because short of being born a genius (don’t listen to my mother, I wasn’t), there are only two ways to become a better writer: reading and writing. And in our house, these were as central to daily life as meals and sleep.

Today, I’m trying to pass that gift onto my own kids. To create an environment where reading books isn’t something they have to do, but want to do. We have a rule in our house: unless there’s an emergency, the kids have to stay in bed until the clock says 6:30. Some mornings, my wife and I wake up to the muffled sounds of our six-year-old reading to himself in his room, passing the time until he can come in and wake us up.

Those are the best mornings. 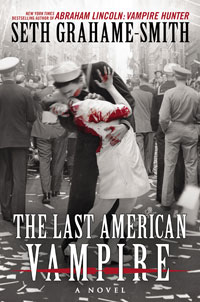