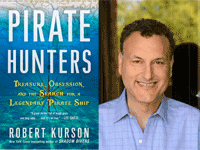 My father was a traveling salesman for his own motorcycle paints and lubricants business. He took me onmanyof his business trips every year, all by car; by the time I was eight years old, I’d been to industrial parks in all 48 of the continental United States.  To pass time on the road we told stories.

My dad was a great storyteller. He understood characters, conflict, foreshadowing, everything. He did great accents and dialogue. But things went both ways in his giant Lincoln Continental (he needed a big car because he was fat). If he told you a story, you had to tell him one. Sometimes, you even had to read aloud to him from his favorite books.

Sherlock Holmes was special to him. It’s not easy to read Conan Doyle aloud as a kid, but there is something about having to speak those beautiful sentences, to hear the pauses come to life, that imprints on a young person’s imagination. My own made-up stories were better after reading Sherlock Holmes stories aloud to my dad.

I became a lawyer when I was 27. I hated the job – it was all about keeping track of details and being careful. A few years later, I quit to become a writer. During that scary period, I discovered The Napoleon of Crime by Ben Macintyre, a gem of narrative nonfiction, a genre that was new to me.

Soon after, I found Joseph Epstein, a beautiful writer who works out of Chicago, my hometown. I read his collection of essays, Narcissus Leaves the Pool, then read it over and over again. Few writers seemed to observe the world more astutely than Epstein; his piece on taking naps was a masterpiece, and it seemed a miracle that a writer could make so much out of something so seemingly mundane. I even looked for nonfiction from the great novelists; I adored Philip Roth’s Patrimony, the true story of the writer’s final days with his dying father.

When it came time to write stories of my own, I picked nonfiction. True stories held a special kind of power for me; the idea that fascinating and unlikely things could happen to anyone, anytime, and sometimes for no reason at all, made the world a big and exciting place for me.

I still prefer nonfiction. Recently, I’ve returned to some of my favorites. I’ve loved The Dialogues of Plato since my days as a philosophy major at the University of Wisconsin, and come back to them now not justfor the profound ideas, but for the beautiful (andfunny!) writing they contain. I’m re-reading Ernest Becker’s The Denial of Death, the one book that most changed my outlook on life and the world. And lately, at night, I pull out my old set of Sherlock Holmes mysteries and pick one to read to my kids.

Sometimes, I even make them read one to me.

Pirate Hunters: Treasure, Obsession, and the Search for a Legendary Pirate Ship (Hardcover)