Books That Made Me Write Books 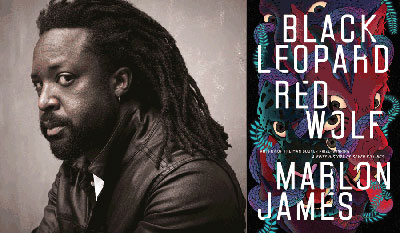 Reader, I made a list. Not a Best Of list, though each book mentioned here is magnificent. But books that went beyond regaling me with story, connecting me with emotional truths, and even allowing me to live more than one life. These are the books that left me thinking, ‘I want to do that.’  I want to write something that evoked in others what these books evoked in me.

Dubliners by James Joyce:  The first time I read this collection of short stories I was a high school boy of 15 and had no idea why anyone would foist such a sparse and boring book on me. I didn’t even finish it.  The second time I read it I still enjoyed the idea of the book more than the execution, falling for “Araby,” yet failing to understand “A Painful Case” or “The Dead.” The third time I read Dubliners it felt like I was on a mountaintop and God had just handed me the Book of Revelation.  How did I not see all this before? That in ‘The Sisters,” the preacher’s fragile chalice held his will to live? Or that the boys in “The Encounter” had encountered a paedophile, despite him giving one of the most horrifying soliloquies in modern literature? Or that the most perfect sentence ever written crested at the bottom of  “The Dead?” At 19, I wrote a story for story response to this book.

Dogeaters by Jessica Hagedorn was the most succinct distillation of Jamaican society, sexuality and politics I have ever read, a remarkable feat considering that the novel is about the Philippines. Reading it I was stunned by the familiarity, how over a thousand miles away, a country’s drama was being played out in the exact fashion of my own, right down to the corruption, murder and the shady presence of the CIA. Worlds like ours are always gravitating between political elections and  beauty contests, but I had no idea that Manila, Kingston, Soweto, Caracas, maybe even New Orleans was pretty much the same city. The novel as universal language was not something I had thought of before.

Shame by Salman Rushdie:  In the remote border town of Q, which when seen from the air resembles nothing so much as an ill-proportioned dumbbell, there once lived three lovely and loving sisters. So begins one of the funniest and most deceptive of novels, the book largely responsible for ruining everything I was setting out to be as a writer. Before Shame, I was all for literary realism, and this book so appalled me that I took to cursing it in public. But while my conscious mind was being outraged, my subconscious was taking notes.  Here was a book written in English, but taking liberties I didn’t know we were allowed to take—merging the brutally political with the fantastical and grotesque as if they were the same thing. I threw away the first novel I ever wrote, and wrote a new one, which in turn became the first novel I published.

Marlon James’ novel A Brief History of Seven Killings won the 2015 Man Booker Prize.  His latest novel Black Leopard, Red Wolf is the first in the Dark Star Trilogy, a fantasy series rooted in African legend.  It releases on 2/5/18 and you can see Marlon in person at City Arts & Lectures on February 19.  Tickets at https://www.cityarts.net!

A Brief History of Seven Killings: A Novel (Paperback)