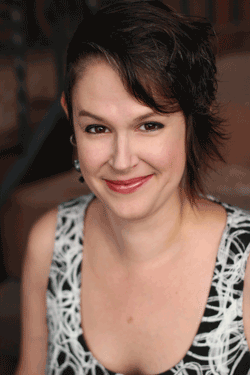 I started life—as we all do, I believe—with a serious appetite for stories.  And as universal as that hunger may be, I am talking hobbits-at-an-Embassy-Suites-hotel-breakfast-buffet levels of gluttony.  Go to bed before being read a story?  Please.  When my mom dared to skip a page or two out of exhaustion, I’d correct her and make her do it right, for Pete’s sake, seeing as I had all my favorites memorized.  Go downtown without paying a visit to the Longview, Washington Public Library?  How dare you suggest such a travesty.  They had carpeted bathtubs filled with pillows there, for the love of god, and I could curl up in them for hours with whatever book I chose.  Trek to Portland, Oregon without spending the better part of the day at Powell’s?  Unthinkable.  Sometimes I didn’t even pick out a book—I just wandered the stacks, marveling at the thought of so many tales, all in one place, with countless characters and settings and new ones arriving all the time, and that I’d never be able to read them all (I was a deeply weird kid).

When I was older, and had a little brother to boss around, reading stories was no longer enough for me.  I had to tell them myself, preferably in costume.  This led to the memorable occasion when I staged Lucy’s first encounter with Narnia in The Lion, the Witch, and the Wardrobe.  Obviously, I cast myself as Lucy.  But I needed a Mr. Tumnus, and since back then my brother would do whatever I told him to (those halcyon days will ne’er be seen again, alas!), I dressed him in khakis (the closest thing I could find to goat leggings), made him paper hooves and a tail, dressed his hair sprightly and faun-like, and glued cotton balls all over his chest.  My parents instantly forgave me for this, as I recall, because they were laughing so hard.  But they also minded a bit less because at the time I was reading my sibling the entire Lord of the Rings trilogy out loud, which took us out of their hair for long periods of time without the necessity of queuing up the Star Wars videocassette tapes.

Still later, I decided that I wanted to tell stories on a permanent basis and become an actress!  What joy to be telling tales all the livelong day!  I’ll share a quote from my friend Gary with you: “Join the theatre!  Be an actor!  And make literally hundreds of dollars!”  That’s when you’re not unemployed, naturally.

Now I write novels, which I never dreamed could be a career for me any more than I thought I could be an astronaut or a superhero.  But that miracle has come to pass, and when I think of someone letting me tell them a story?  Surely there could be no higher honor.