An Essay by Janelle Brown 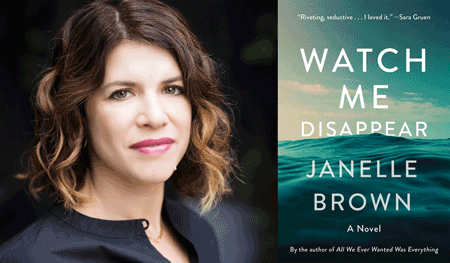 I have a weakness for ghosts. As a kid, I worked my way methodically through the Lois Duncan and Steven King shelves of my local bookstore, scaring the pants off myself in the process. My elementary school book reports were, without fail, breathless accounts of the paranormal, scraped from dubiously-sourced nonfiction tomes that claimed to “document” the mysterious and unexplained.  Until I was in junior high, I had to sleep with stuffed animals strategically jammed around my head, so that the ghosts that I just knew lived in my closet wouldn’t be able to get at me during the night; and yet still, I couldn’t stop reading.

As I grew up, I graduated from the conventional chills of Down a Dark Hall and The Shining and Amityville Horror (read under the covers, with a flashlight) to more sophisticated ghost stories. Shirley Jackson’s The Haunting of Hill House led to Henry James The Turn of the Screw, which led to Toni Morrison’s Beloved and Sarah Waters The Little Stranger.  The literary snobs I knew might sneer at my obsession, but I knew that ghosts transcended genre. Even Hamlet was haunted, after all.

Ironically, in real life, I am a skeptic; a pragmatist who raises an eyebrow at astrology and psychic readings and earnest tales of the afterlife. And yet, somewhere deep in my heart, I clearly want to believe in ghosts. Not just for the bone-chilling scare of it all (though I love that, too), but for the breath of immortality that’s buried inside every ghost story. To believe in ghosts is to embrace the idea that existence doesn’t end the moment that your heart stops beating; it is, for an atheistic-leaning person like myself, the closest I may ever get to eternal life.

For a while there, ghosts seem to fall out of fashion; gothic was not en vogue, and there was a dearth of smart contemporary writing that invoked the spirit world. But in the last year, I’ve been heartened by a resurgence in ghostly literature:  Two of my favorite books from 2017 alone, Hari Kunzru’s White Tears and George Saunders’ Lincoln in the Bardo, are both cerebral takes on haunting.

Looking back, it was probably just a matter of time before I put the paranormal in one of my own novels. In my latest, Watch Me Disappear, one of the main characters – a teenage girl named Olive – starts to “see” her dead mother. Is it a ghost she’s seeing? A psychic vision? A hallucination? Or do these definitions even matter? After all, what are ghosts but manifestations of our greatest yearning and our greatest fear– that life might go on forever, with all the emotional complexity of human intention?

As any good ghost story will warn you, you need to be careful what you wish for.

Janelle Brown is the New York Times bestselling author of the novels All We Ever Wanted Was Everything andThis Is Where We Live. Her journalism and essays have appeared in The New York Times, Vogue, Elle, Wired, Self, The Los Angeles Times, and numerous other publications.   A native of San Francisco and graduate of UC Berkeley, she has since defected to Los Angeles, where she lives with her husband Greg, their two children, and a geriatric lab mix named Guster.  Meet Janelle July 18, 2017 at Books Inc. in The Marina!