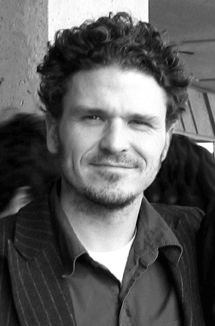 An Essay by Dave Eggers

Melissa, best known as a screenwriter, just passed away last week, and it came as a shock — she was far too young to go. Her screenplays were works of art; there was never a wasted word. Melissa wrote two of the greatest movies about childhood ever made — E.T. and The Black Stallion — each of them benefiting from her refusal to pander and her insistence on respecting children as fully human, capable of bravery and sensitivity and lesser traits, too. But she was a gifted writer in other forms, though, too, and it might come as a pleasant surprise that she wrote one of the best recent books about boxing. She spent time in Jamaica, and got to know the boxer Lennox Lewis there. She interviewed him and traveled with him over a period of years, and wrote this book, Lennox, which was unusual in form—a succession of short text-bursts, meditative and discursive. Each is minimal, sculpted to perfection, and together they paint a picture of a surprisingly gentle man—maybe one of the least likely boxers in history, given his tranquil disposition. Melissa was on the board of 826LA, our center in Los Angeles, and was instrumental in getting the center off the ground and keeping it on its feet, and I got to know her well over the years. There was no one more cheerful and fun to be around, and more constantly inspired. She was this skinny white woman in her fifties when she underook the task of writing about Lennox Lewis, and it seemed like a very strange project for her, but the results were fantastic. I urge you to check it out, and to seek out her other work, too—everything she was part of had integrity. She was incapable of writing anything false or half-hearted. I miss her more than I can say, and hope that we will all remember how much she did for film and how much care she took to make every word matter.