An Essay by Ben H. Winters 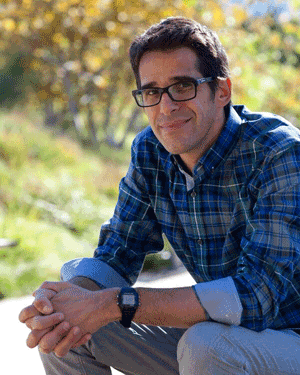 One frequently hears that the best thing about being a writer is that you can work in your underwear, but I totally disagree. (I work fully clothed 100% of the time, and sometimes, when I am writing poorly and need to turn it around, I will put on my nicest clothes to trick my lazy mind into having some self-respect). No, the best part of being a writer is that I can, without shame, spend chunks of my day reading books, and it counts as working.

If I need inspiration, I might pause and read a chapter of an author I love, like Walter Mosley or Michael Chabon or Octavia Butler or Richard Price. But most of what I read while writing fiction is non-fiction. It's crucial that fiction be grounded in real truth, real history, so the made up stuff carries the power of lived experience. This is another way of saying that details make fiction sing, and the greatest details are not invented, they are stolen from reality.

Plus, you know, it's fun to learn stuff. There are some books where you can feel that fun, where the delight in reading emanates from every page of the writing. Can you imagine the massive stack of books and articles and (I'm guessing) illuminated scrolls that Hilary Mantel must have worked through writing Wolf Hall? Or Umberto Eco working on Name of the Rose? Imagine Herman Melville, perched on his stool, surrounded by his bound volumes of Shakespeare and  whaling monographs.

Here are a few of the books of nonfiction that informed my own work, and which I can heartily recommend. When I was writing The Last Policeman,  in which the hero investigates a suicide he finds suspicious (all while a planet-dooming asteroid hurtles ever closer) I read The Savage God: A Study of Suicide, by A. Alvarez, an English essayist who was a friend of Sylvia Plath and writes with beauty about the fact that we're all going to die.

My new novel is Underground Airlines , set in a version of America in which slavery persists in four Southern states. To invent this distressingly resonant dystopia, I read a lot about American slavery and its linkages to contemporary racism, including two deeply moving books: The Half Has Never Been Told: Slavery and the Making of American Capitalism, by Edward Baptist, and Slavery by Another Name: The Re-Enslavement of Black Americans from the Civil War to World War II by Douglas Blackmon.

The subject of my next book is still sort of a secret, even to myself, but I know it will be influenced by a book that I still think about every day: Andrew Solomon's magisterial Far From The Tree: Parents, Children, and the Search for Identity.

If I can write a work of fiction that reflects and improves the world as much as any of those works of non-fiction, I'm in good shape.