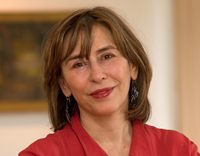 When I was a child, my father would tell me in a haphazard and inaccurate way (as I later discovered) the stories of Alice in Wonderland and Through the Looking Glass. It all began one Friday morning, a weekend in Iran, over breakfast. I can still remember his telling me how Alice, having taken a big gulp of a special potion, was growing smaller and smaller. “And then,” he said, “she discovered a hooka smoking caterpillar.”

Alice, who had never seen a hooka-smoking caterpillar, naturally asks him, “Who are you?” in response to which the caterpillar throws the question back at her: “Who, are Youuuuuuuuuuuuuuuuuuu?” “Tow Key Haaaastiiiiiiiiiiii?” my father would say, mimicking the caterpillar in Persian. He would repeat this question several times and each time I would laugh aloud, tears streaming down my face as my mother reproached me for spitting out my bread. But my father was in a playful mood, and he paid no attention to this as he tickled me and repeated, “Who are Youuuuu?” Later on I would sit my gentle and compliant two year old brother against the wall of our room and repeat, “Tow Tow Tow Key Haaastiiiii,” and tickle him around the navel, and he would good naturedly smile at me in amazement. This may have been the only time I had the privilege of actually amazing him, as he soon came up with games and fantasies of his own devising. 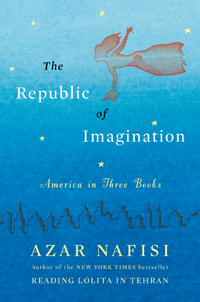 “Who are you?” Isn’t this what every book asks of us as we chase its characters, trying to find out what they are reluctant to reveal? Is it not also the one essential thing we ask ourselves as human beings, as we struggle to make the choices that will define us? I can define myself as a mother, a wife, a lover, a friend, a teacher, a sister, a writer, a reader….So it goes. Yet none of these simple descriptions provides a satisfactory response to the question of who I am. We are how we live, constantly in a state of flux. But it is essential to ask and be asked that question, one which I believe is at the heart both of the act of reading and writing. I was a young child when reading first became a home, a place from which to evaluate the world and find myself—a place of doubt but also a haven. Between everyday reality and wonderland, we travel back and forth—being and becoming. Since then, reading for me has been not a mere escape from reality but a way of perceiving and interacting with the world and of altering it, a way of acknowledging our shared humanity.

Written by Azar Nafisi, the #1 "New York Times" bestselling author of "Reading Lolita in Tehran "and" Things I ve Been Silent About." for the Books Inc. October 2015 Newsletter.  Azar's latest book, The Republic of Imagination: America in Three Books goes on sale Ocrtober 21, 2015.  Meet Azar in person October 29, 2015 at Books Inc. in Opera Plaza.