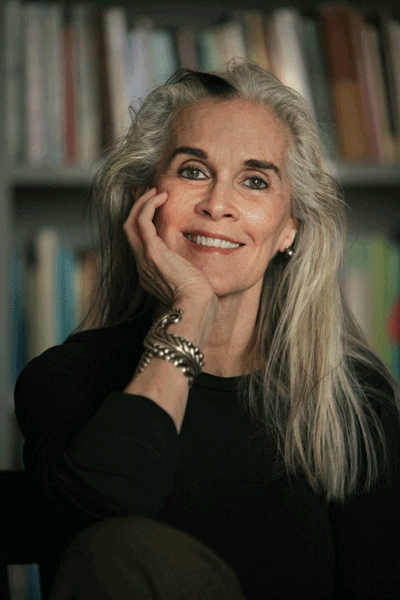 An Essay by Susanna Moore

I spent my childhood with books, quickly exhausting the modest resources of the small neighborhood library where I discovered, among other things, that erotic masterpiece about Charles II, Forever Amber. I’d been given permission by the amiable librarian, a Samoan woman intent on converting me to Mormonism, to borrow books from the Adults Only shelves after she received a letter I’d extracted from my mother in which my mother swore that the books were for her own use. I was very pleased to discover in my reading that Marie Antoinette had distracted herself with the Journals of Captain Cook while imprisoned in the Temple, and it was then that I began to keep my own journal of the sea (to be published almost fifty years later as Light Years) by copying passages from Stevenson and Conrad, among many others, into a notebook.  When I had read all of the library’s collection, often without fully understanding what I read, I was allowed to order books by telephone from a store in downtown Honolulu, two hours distant.

The days were very long, as idle summer days are for children in the countryside, and I found for myself a secret place where I could read under the trees in a grove of coconut palms, out of sight of the refuge of the sea. The trees were said to have been planted by Kamehameha IV in 1850, and it was a cool and shaded place. There was the sound of the trade wind in the branches, and I could just make out the voices of my brothers and sisters, sounding like angry birds, over the constant rush and sweep of the ocean. During the winter, we lived in the mountains in Tantalus, that fragrant rain forest, in a large 19th-century shingled house. In place of my palm grove in Punalu’u, I created my version of Crusoe’s refuge --- old ropes, carefully-rendered treasure maps, rotting fruit gathered from the trees, and stale bread were kept in a fragile lean-to made of palm fronds. I had my own Friday in the form of my younger brother, Rick. I would sometimes spend the night in the lean-to, rolled into a mat. I would wash in the outdoor shower. I was dimly growing aware that while I didn’t yet understand what it means to be attached to this Earth, I was beginning to understand that imagination is a luxury.