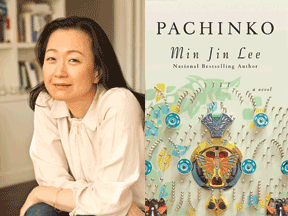 Mr. Green was my junior year English teacher at the Bronx High School of Science. He had curly brown hair, metal-rimmed eyeglasses and the kind of sloping moustache that reached the corners of his mouth. Every day, he wore pinwale corduroys and a clean dress shirt with the slightly larger lapels of the early 1980s variety with the top button unbuttoned. I never saw him wear a tie. Maybe in his early forties then, Mr. Green was not tall, and his head seemed bigger than his body, but that might have been because to us kids, he seemed to know everything. Anyway, Mr. Green was smart without being a show-off, so I sensed that he was the real kind of smart. His first name was Marty, but I didn’t know anyone who called him that.

Nearly all of my teachers at the public schools I’d attended in Queens and in the Bronx were children of immigrants: Greek, Italian, Puerto Rican, French, British, Jamaican, Ukrainian, Irish, and Polish. Whether or not they practiced, everyone had some sort of religious background: Jewish, Catholic, or Protestant. Mr. Green said he was Jewish. Born in Seoul, by this point, I had been in the States for less than eight years.

I loved Mr. Green’s class because we read great books. Also, I believed that these books were wonderful, in part, because Mr. Green loved them so. In the beginning of the year, we read through several volumes of Hemingway—from The Nick Adams Stories to For Whom the Bell Tolls.  When we talked about a book, Mr. Green would pause ever so slightly before asking a question, putting his index finger lightly over his lower lip as he looked at you straight in the eye, willing to wait what felt like a very long time, while you formed your high school-best sounding analysis of The Sun Also Rises. Later in the year, we read Sherwood Anderson’s Winesburg, Ohio and The Great Gatsby, and naturally, those books knocked me out.

For our final project, we had to choose an author and read through at least four volumes of whatever he or she wrote, because this was a good way to understand how a writer develops, Mr. Green said. My friend Andria loved Main Street, so I chose Sinclair Lewis, and I read Main Street, Babbit, Arrowsmith, Dodsworth, and It Can’t Happen Here—brilliant works of fiction, which are as urgent today as they were almost a hundred years ago. As I plowed through Lewis’s books, looking up the hard words I didn’t know, I fell in love with American literature. For this, I have to thank Mr. Green, a great American.
---------------------------------
Min Jin Lee’s debut novel Free Food for Millionaires was a No. 1 Book Sense Pick, a New York Times Editor’s Choice and a national bestseller. Her new novel, Pachinko will be available on February 6 and follows one Korean family through generations, beginning in the early 1900s with Sunja, the prized daughter of a poor yet proud family, whose unplanned pregnancy threatens to shame them. So begins a sweeping saga of exceptional people in exile from a homeland they never knew and caught in the indifferent arc of history.