An Essay By LISA KO 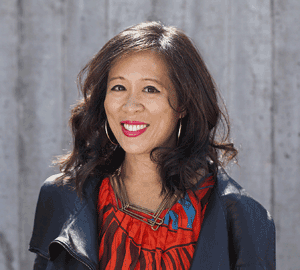 The house I grew up in was home to three people: me and my parents. But it was full of many more. There was Christa Mackintosh, who liked basketball; her mother Cici and her older sister Darlene; their landlord Scott; a pianist named Anna; an artist named Louise Brown. The thing was, they only existed in my head.
Growing up in the 1980s, I was one of the few kids of color in my New Jersey hometown. I wrote the community that I yearned for into existence, filling our house with fictional characters. I drew Christa’s school picture, wrote Louise’s letters and Anna’s songs. I’d kept a journal since I was five years old. As an only child and an only grandchild, I was aware that my family’s history ended with me, and that it was my responsibility to remember.
I was an obsessive reader from an early age, whether it was the backs of cereal boxes or the tabloid newspapers my father brought home from work in Manhattan. Every week, I maxed out the amount of books you could borrow from the town library. I read Ramona Quimby, Choose Your Own Adventures (my favorite was about going to 1340s England during the bubonic plague), and 1970s YA novels featuring pot-smoking teenage girls on the Upper West Side.
Reading was escapism, voyeurism, time travel, and safety. Head deep in a book, I didn’t have to worry about what I looked like, about saying the wrong thing or not saying enough. I could immerse myself into another person’s life, into the unfamiliar worlds of Little House on the Prairie and Little Women. It wasn’t until middle school that I read a book with an Asian American protagonist, Bette Bao Lord’s In The Year of the Boar and Jackie Robinson, and when I read it I cried at this strange feeling: recognition. I was also chilled, like I’d suddenly been made too visible, and that was dangerous. The only representations of Asians and Asian Americans I’d seen before were caricatures, villains, and targets of mockery. Now I was being offered another possibility: humanity and understanding. I was being seen in a book, fully, for the first time.
I had never considered that reading could offer a way towards not only the unfamiliar but also the familiar. That through books, I could learn to treat myself with the same empathy I used when reading about characters who were so unlike me. It wasn’t until college that I started, in earnest, to devour books by writers of color—Audre Lorde, Haruki Murakami, Junot Díaz, Toni Morrison, Sandra Cisneros, and on and on. Then it all opened up: all the possibilities, all the stories I could read and write, the power to make myself seen and to help others be seen. 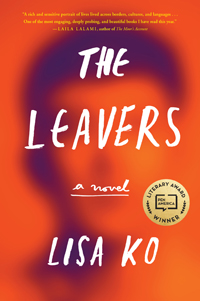