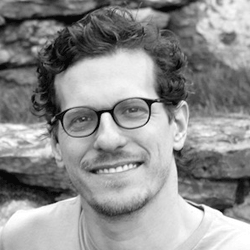 An Essay by Brian Selznick

I've always loved museums. If I didn't make children's books I imagine it would be wonderful to work in a museum, to be a curator, to design exhibitions and decide what objects will be displayed and how. I also love stories and I love collecting objects so I think I love museums because they tell stories through objects.  Museums can tell stories about art, or history, or the earth, or the stars...whatever we can imagine. In The Invention of Hugo Cabret Hugo's father works in a museum when he isn't fixing clocks. Wonderstruck takes place in part behind the walls of the Museum of Natural History in Manhattan and ends inside a vast model of all five boroughs of New York City in the Queens Museum. My new book, The Marvels, was inspired by a very special museum in London, The Dennis Severs House, which is one of my favorite places on earth. Built in a real 18th century silk weavers home, it's now a kind of time-travel device. Entering the front door is like stepping into a candle lit painting, or a mysterious novel where you find yourself the main character in a story unfolding around you. The rooms are all kept as if the occupants have just stepped out for a moment...half eaten food and unfinished drinks sit on the tables, piles of laundry lie by the beds and candles flicker in their holders. Fires are burning in the fireplaces and you can hear voices in other rooms and horse drawn carriages out the windows. It's like falling back into another world, and it's the feeling I hope you have when you read The Marvels.

This book is also in many ways an homage to some of my favorite artists, including my friend Maurice Sendak, whose classic book Where the Wild Things Are taught me almost everything I ever needed to know about how to make a book. I didn't really read Maurice's books when I was a kid. I discovered them when I worked at Eeyore's Books for Children after I graduated from college. My favorite books from childhood were all by the same artist and author...Remy Charlip. I met Remy while I was beginning work on Hugo and realized he looked just like the film maker Georges Melies, so I asked him to pose as Melies in my book, which gave me (and him) great pleasure. But the best part of meeting Remy was getting to tell him how much I'd loved his books when I was a kid, especially Fortunately, Thirteen, and Arm in Arm.

I loved discovering that Remy was also a dancer, choreographer and teacher, especially because for so long I didn't know what I wanted to do with my life. I always loved to draw but I never wanted to illustrate children's books. I enjoyed acting and in college I started designing sets. It wasn't until I got to New York that I decided to try illustrating, though, and that's when I got the job at Eeyore's Books for Children. It was there that I began to understand what a complex and wonderful art form children's books could be.

In my first book, The Houdini Box, I tried to take the lessons from all the books I'd discovered at Eeyore's (including Where the Wild Things Are) and use them in making my book. And with each book since then I've tried to learn new things and incorporate new ideas. The Invention of Hugo Cabret was the culmination of everything I'd learned making books up till then, and Wonderstruck was partly an experiment to see what else I could do with the form. Now with The Marvels I've tried to draw lessons from both of these previous books and see what else I could do with words and pictures. One thing has stayed the same though...I always start by writing out my ideas for the stories. I never draw until I have an idea of what the plot is going to be. Once I begin sketching, the narrative often changes to accommodate the demands of the visual language. My process for the Marvels began with writing, as usual, then I began doing hundreds of sketches to tell the story of five generations in a single family, and then I started working on the section knew would remain in text, all 200 pages of it.

The thrill of getting my first published copy of the book is especially sweet because I never really know what it's going to look like when the words and the pictures are finally bound together. I always think about the finished book as a part of the story itself. The heavy object in your hands is actually inseparable from the plot, and the joy of seeing the embossed cover and the gold edging only makes it sweeter, and I'm so happy to now be able to hand this book to you, the reader, the person I made it for in the first place. 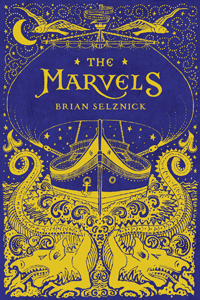 Meet Brian Selznick on October 28 at the Grand Lake Theater in celebration of  The Marvels!