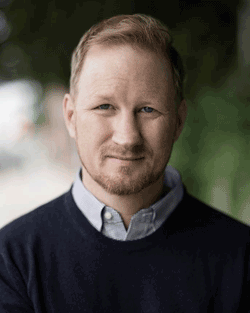 When I was anticipating being a new father, one of the things I looked forward to most was reading to my son. I counted the days to when I’d be able to share with him the books I remembered loving most as a kid. Auggie is three now, and over those years I’ve read quite a few books to him. One thing I’ve learned: the books that I remember as seminal to my childhood—certain Dr. Seuss titles, Harry the Dirty Dog, George and Martha, just to name a few—Auggie has often been lukewarm to at best. But some of the books he’s responded to the most strongly I’d forgotten about, and they only came back as I was reading them aloud with him in my lap. I see now that it was these books that helped shape who I am more than the ones I’d thought of as so formative.

Arnold Lobel’s Frog and Toad series was forgotten until I started reading them to my two-year-old and their layered themes of friendship, angst, insecurity, and affection washed over both of us. One story in particular, which Auggie asked for again and again, struck a chord. In “Alone,” the hapless but endearing Toad comes calling to Frog’s house only to find a note stuck to the door: “Dear Toad, I am not at home. I went out. I want to be alone.”

Toad finds it inexplicable that Frog might want to be alone when he has him, Toad, as a friend, and he decides that Frog must be very sad indeed and spends the rest of the story determined to find him and cheer him up. When Toad sees Frog sitting alone on a rock in the middle of a pond, ignoring his shouts and waves, he can’t help but take it personally, concluding that Frog no longer wants to be his friend.

When he finally reaches Frog, soggy and desperate, Frog explains (with endearing patience) that wanting to be alone doesn’t mean being unhappy. Being alone can be a place of solace. A place to find gratitude in things we might otherwise take for granted. As a writer and a natural introvert, this resonated with me. Not only because I understand the difference between loneliness and being alone, but because now I can pinpoint the locus of where that understanding began in literature.

The stories in Else Holmelund’s Little Bear’s Friend are sweet, funny, and a little goofy; but the book has a deeper undercurrent running through it, and I’m sure it had an impact on me, even though I’d forgotten it for so long. In the 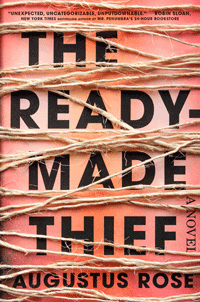 book Little Bear, who lives in the forest with his parents and a coterie of animal friends, meets and spends three chapters growing close to Emily, a 7-year-old girl, only to find in the last chapter that she has to go away to school. Little Bear’s feelings of loss and sadness, the longing he endures before she’s even gone, is palpable. And as I read it to my son I saw so many of my own relationships, both in love and friendship, both as a child and as an adult, seeded in this beautiful little story. It’s Little Bear’s mother’s advice, that he stay close to Emily by writing her letters, that really hit home for me. She taught him that writing can be a way of achieving closeness across distance and longing, and this must have shaped me, even at an age lost to memory now, the same age as my young son.

Augustus Rose is a novelist and screenwriter. He was born in the northern California coastal town of Bolinas, and grew up there and in San Francisco. He lives in Chicago with his wife, the novelist Nami Mun and their son, and he teaches fiction writing at the University of Chicago.
Meet Gus Rose at Books Inc. in Alameda on September 22 at 7:00 pm!