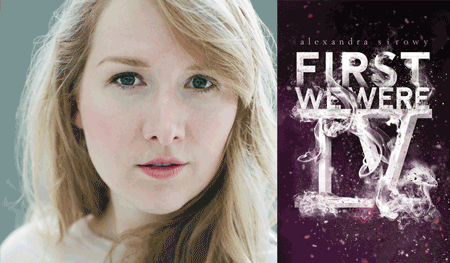 A Home on the Page
My parents loathe hearing this story. So right up front, let’s agree not to let them know I’m telling it, again. Thanks.

I was born as the only child to graduate students, who took teaching positions at various universities in the years after they graduated. We moved east. We moved states. We moved back again. We moved west. We moved cities. I moved schools.

There were common threads. My mother took me to story time at the public library. I participated in summer reading programs, cultivating long lists of books I eagerly turned in to librarians who were just learning my name.  I arranged my Nancy Drew mysteries in order of preference in my new room. I constructed far-flung backstories for the neighbors we’d yet to meet – I’m still quite certain at least one was a jewel smuggler. By the time I was seven, I was fully submerged in literature. Reading and storytelling was how I coped with loneliness, how I kept friends in the absence of friendship, and how I connected with the vast and mysterious world through the window.

My mother shakes her head at this. “We weren’t vagabonds,” she says.

I shrug. I often felt like one. But more than that, I felt like an outsider and books were my passageway in.

In about the second or third grade, I started writing ghost stories. Unlike the thrillers I write now, these were not of the suspenseful variety. My earliest short fiction involved a human child and a ghost child meeting – usually in an attic shrouded by cobwebs – and becoming fast and thick friends. Reading gave way to writing in the most natural way for me – the exhale after an inhale.

Eventually we settled in Northern California, and in middle school I was welcomed into a close-knit group of girls who remained my tribe throughout my teenage years. I continued to turn to books as fuel, whether for my heart, creativity, or curiosity. In times of uncertainty, I revisited my favorite books. During a cringe-worthy eighth grade, I reread Little Women, and then spent the summer before high school reading all of Louisa May Alcott’s books. A few years after, while I was falling in love for the first time, I reread Patricia Clapp’s Constance and William Goldman’s The Princess Bride.

And as the books I read evolved, so did my concept of self, love, friendship, justice, home, and equality. The transition from high school to my undergraduate years saw another wave of goodbyes. The girls I’d relied on for four, five, even seven years were scattered in different corners of the country. We were endeavoring to find new niches for ourselves on campuses as varied as our personalities.

I went to a women’s college, the campus lined with white colonial buildings, a clocktower that chimed on the quarter hour, a hidden lake in its foothills, and a crumbling graveyard. If you know my work, you’ll recognize some of this atmosphere and it won’t be difficult for you to imagine me, there, happy, inspired, and going on midnight walks with my journal through the trees.  This was the first place I began to consider my dream of being a writer as attainable. It was also within my college’s stone walls that I was introduced to the many strains of feminism. Now, about a decade after graduating, I find my feminist identity undividable from my identity as a writer and reader. I write rebellious, clever, creative, brave, funny, and flawed young women. I write women like those I knew in college, those I’ve read, and those I imagine exist, among the shelves of a bookstore, somewhere. Those girls and women who, like me, have found their home more often on the page than off it.
I still reread books, both as a way of revisiting old friends and coming back to myself between projects. I’ve picked up Donna Tartt’s The Secret History after completing each of my last three novels. I’ve been told by readers of my newest YA thriller First We Were IV that they’ve noticed whispered echoes of this book’s themes within my own pages.

Alexandra Sirowy is the author of The Creeping and The Telling. She is a voracious reader, the oldest of three children, an avid traveler, a record-holding high school long jumper, a gourmet cook, a feminist, and forever grateful to her parents for reading to her as a child. Alexandra lives in Northern California with her husband.Alexandra Sirowy’s latest novel First We Were IV is available now at all Books Inc. Locations!

First We Were IV (Hardcover)