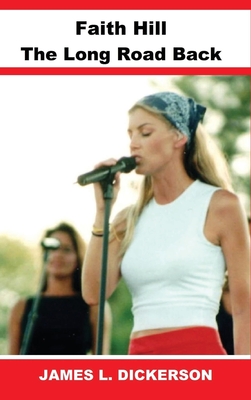 From humble beginnings in Star, Mississippi, Faith Hill soared to the top of the country and pop charts, becoming one of the most successful female recording artists in country music history. Her albums have sold millions. Up until the end of 2000, everything she touched turned to platinum. Early in 2001 she announced that she was taking time off from her recording career to spend more time with her children and her husband, Tim McGraw. It was a fateful decision that sent her career into a decades-long tailspin. Apparently no one ever explained to her that her fans were like a river that flows to the sea. If you are a recording artist who stands on the bank as the river flows past, you cannot hope to ever regain the stardom you previously enjoyed. This biography tells the inspirational story of the Grammy-winning singer's rise to stardom, her subsequent fall from grace, and her 20-year attempt to regain her former stardom. Drawing on interviews with Faith Hill, her childhood friends and teachers, music professionals, and fans, this intimate portrait of Faith Hill examines her adventurous Huck Finn-like childhood, her first marriage and divorce, her hardscrabble years as a struggling artist in Nashville, her love affair with the man who became her husband (country superstar Tim McGraw), her thoughts on marriage and motherhood, her heartbreaking search for her birth mother (and her subsequent death), and her triumph over her husband's secret life as an alcoholic. Complete with photographs and insider information on the music industry, here at last is the whole story behind the life and music of Faith Hill-country music's most tenacious country superstar.