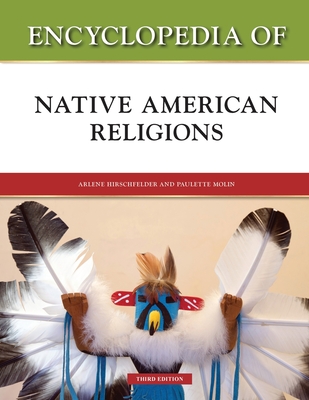 Praise for the previous edition:

"This encyclopedia...allows the student to realize the richness and diversity of the Native American beliefs to the forefront of the world religions...Highly Recommended."--Book Report

"...the wealth of information...make this useful for both public and academic libraries."--Library Journal

Despite a long history of suppression by governments and missionaries, Native American beliefs have endured as dignified, profound, viable, and richly faceted religions. Encyclopedia of Native American Religions, Third Edition is the go-to reference for the general reader that explores this fascinating subject.

More than 1,200 cross-referenced entries describe traditional beliefs and worship practices, the consequences of contact with Europeans and other Americans, and the forms Native American religions take today.