The Wolves Descend: Book 15 of the Grey Wolves Series (Paperback) 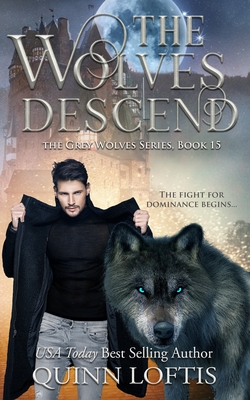 The fight for dominance begins.

The period of mourning for the great alphas, Vasile and Alina, is over. But some refuse to move on. The high fae, Perizada, vows never to experience the loss of her friends--her family--again. She knows the only way to do this is to take on the Order of the Burning Claw herself. But her mate would never allow it. So, she does the only thing she can, severing all ties with her allies. Peri's decision could destroy her enemies, the Order, but it could also destroy everything she holds dear.

The end of mourning also marks the beginning of challenges to the new alpha of alphas, Fane Lupei. Rogue wolves who desire to rule in his stead attempt to stake their claims. Though Fane abides by pack law when facing his opponents, others aren't so honorable. Fane soon realizes the threats he faces aren't just against him, but against his entire pack.

Skender and the fae, Tenia, fight against the mate bond drawing them closer. They both know they cannot be together, but the bond is more powerful than either expected. Meanwhile, Skender has promised to keep Tenia's son, Torion, safe--a promise he's willing to die to keep. Skender soon finds out that there's more to the boy than meets the eye, and Skender's ability to keep the boy safe could be the key to saving them all.