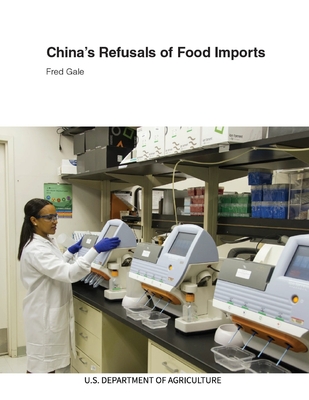 By U S Dept of Agriculture, Fred Gale
$9.99
Unavailable, Out of Stock, or Out of Print

China is adopting stricter food safety measures that apply to both imported and domestically produced food. This study is the first to compile and analyze China's refusals of imported food in order to assess regulatory compliance problems identified by inspectors at the Chinese border. China rejected less than 1 percent of imported food shipments from all countries and regions during 2006-19. The rate of refusal varies from year to year. Some potential exporters may be deterred from selling to China due to risks of heightened scrutiny at certain times, strict requirements for documentation and labeling, and standards that may require reformulation of products. The European Union (EU) had the largest number of refusals of any exporter, mainly because its food exports to China are predominantly processed and packaged products, which China refuses more frequently. China's refusal rate of U.S. foods was slightly less than the average for all countries and regions.