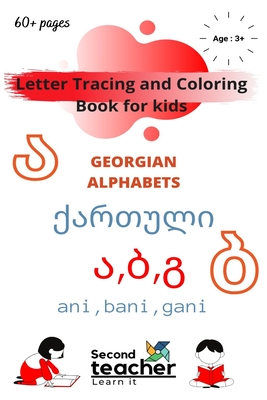 The Georgian alphabet is unique in the world: it is used only to write Georgian (and, occasionally, some minority languages of Georgia). To be precise, there are three Georgian alphabets: asomtavruli (ასომთავრული), nuskhuri (ნუსხური) and mkhedruli (მხედრული). The script used today (and on this website) is mkhedruli, which dates back to the 10th century; you will see the other two only in religious inscriptions and many Georgians cannot read them.

Georgian is written from left to right, its alphabet is made of 33 letters, it has no upper or lower case, and uses punctuations marks you already know. Georgian has many difficulties, but spelling is not one of them: each letter represents one sound and conversely.

There are several romanization systems for Georgian. The national system, used on this website, is used by the Georgian government, for instance in passports and road signs, although apostrophes are commonly ignored and some letters are inconsistently romanized on road signs.

The language is a basic characteristic which constitutes one's own representation of who you are.

Children and Parents may feel that using English as a common language, it won't matter whether they learn Georgian or not.

It happens that your child might just stop speaking Georgian, leading to identity change. Since a child's Georgian language skills are lacking, they will not be able to interact well in Georgian as they do in English.

How can parents support their child's learning process? Here the solution is This book enables your kids to practice and learn letters, words in an interesting way.

For each alphabet letter there will be a page.

That looks like a great start right Hope your kids will learn something useful in the meantime.

Let us gift meaningful book as a gift to our kids.

⚠ If you loved ♥ the book, we request you to take a moment to review it (★★★★★). It helps in further progression for our future works.

Thanks for your support