Dragon's Gap: The Forgotten One (Paperback) 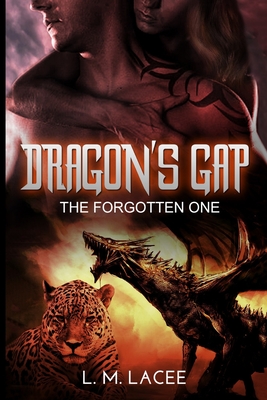 This is a story, a long time in the telling. Stanvis has finally decided the time is right to find out about his past. In typical Stanvis fashion how he goes about seeking the information lands him in trouble, and not only with his brothers.

In this novella we will learn why Stanvis was abandoned and a little about Jacks, his true love.

After tricking his father into giving him his memories back, which sadly leaves him frustrated and seldom sober he finally annoys Reighn enough that he takes action to save his brothers sanity and his own.

What was it that caused Stanvis to want to remember the worst time of his life?

Her name is Jaqueline Numond, or Jacks for short. A near-sighted Leopard who has recently arrived at Dragon's Gap, and like Stanvis she has her own set of problems.

The very second Stanvis saw her, he knew she was his Shadow. The one destined to be his one true love, but he will not claim her until he has discovered what led his birth parents to abandon him. His greatest fear is the possibility he may be the one dragon not good enough to accept a Shadow into his life.

Will Jacks overcome her cat's impulsive nature, will Stanvis and his dragon be able to move into a future with a certain Leopard?