Labyrinth and Maize Grow: Basic Guide on How to Create Your Own Labyrinth Sytem (Paperback) 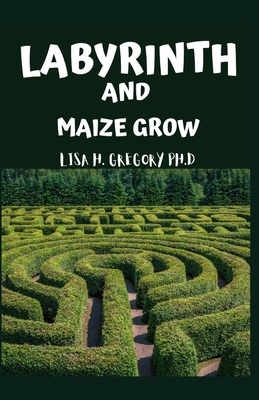 The maze garden consisting of mazes formed by plants-exists in both historic and literary tradition. In historic tradition, there are several types of maze garden, also known hedge mazes. Maze gardens differ as to the type of puzzle they present. The maze garden also differs from some other types of mazes in that it is usually made of hedge, often boxwood, which is higher than a person's head, so that once inside, they cannot see over the top of the walls.A maze garden could be a branching maze or an island maze. A branching maze has a single path that leads to the goal, which is often the center. All the other paths are dead ends, and choosing one means you have to go back the way you came. An island maze, on the other hand, is a maze with choices and multiple ways to reach the center. The different types of maze are solved by different techniques.Some people consider corn or maize mazes to be a type of maze garden. It would also depend on whether you were focused on historical use or other cultural features of mazes. Corn mazes may be set up as family attractions. Children often enjoy mazes, perhaps partly because they can have the sensation of going on an adventure and getting lost, while in a safe, contained environment.The maze garden has had an important role in landscaping history. They were quite important in the gardens created in England in the seventeenth and eighteenth century. Of these, the hedge maze at Hampton Court palace is the outstanding example. You can also find English maze gardens at Blackpool Pleasure Beach, Chatsworth House, the Crystal Palace, Longleat, Noah's Ark Zoo Farm in Bristol, Paulton's Park, and Saffron Walden. Hedge mazes can also be found in other countries, including Austria, Germany, Spain, Northern Ireland, Scotland, New York, and Ontario, Canada.