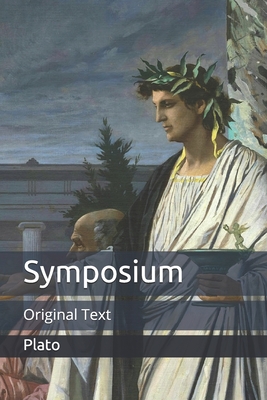 By Plato
$8.99
Unavailable, Out of Stock, or Out of Print

PERSONS OF THE DIALOGUE: Apollodorus, who repeats to his companion the dialoguewhich he had heard from Aristodemus, and had already once narrated to Glaucon.Phaedrus, Pausanias, Eryximachus, Aristophanes, Agathon, Socrates, Alcibiades, A Troop ofRevellers.SCENE: The House of Agathon.Concerning the things about which you ask to be informed I believe that I am not illprepared with an answer. For the day before yesterday I was coming from my own home atPhalerum to the city, and one of my acquaintance, who had caught a sight of me frombehind, calling out playfully in the distance, said: Apollodorus, O thou Phalerian (Probably aplay of words on (Greek), 'bald-headed.') man, halt So I did as I was bid; and then he said, Iwas looking for you, Apollodorus, only just now, that I might ask you about the speeches inpraise of love, which were delivered by Socrates, Alcibiades, and others, at Agathon'ssupper. Phoenix, the son of Philip, told another person who told me of them; his narrativewas very indistinct, but he said that you knew, and I wish that you would give me anaccount of them. Who, if not you, should be the reporter of the words of your friend? Andfirst tell me, he said, were you present at this meeting?Your informant, Glaucon, I said, must have been very indistinct indeed, if you imaginethat the occasion was recent; or that I could have been of the party.Why, yes, he replied, I thought so.