3rd Rock from the Sun (Paperback) 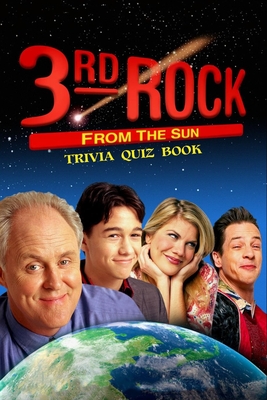 The premise of the show revolves around an extraterrestrial research expedition hailing from a planet in a barred spiral galaxy on the Cepheus-Draco border attempting to live as a normal human family in the fictional city of Rutherford, Ohio, said to be 52 mi (84 km) outside of Cleveland, where they live in an attic apartment. The show's humor is principally derived from the aliens' attempts to study human society and understand the human condition, while living as humans on Earth, reflecting on human life from the perspective of aliens. Most of the episodes are named after the protagonist, Dick. In later episodes, they have become more accustomed to Earth and are often more interested in their human lives than in their mission.

The show also takes humor from its mirroring of all human anthropological expeditions and their assumptions of superiority to the "natives", as well as their inability to distinguish themselves from the natives. Dr. Mary Albright (Jane Curtin) is a professor of anthropology at fictional Pendelton State University, and many of the issues with which the four aliens struggle appear in her conversation and work. Furthermore, these four alien researchers end up looking more or less like joyriders as they get drawn further and further into human life.