Off the Deep End: Jerry and Becki Falwell and the Collapse of an Evangelical Dynasty (Compact Disc) 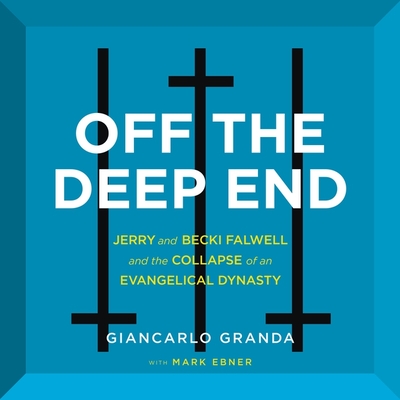 Giancarlo Granda finally reveals the truth about his relationship with Becki Falwell and her husband Jerry Falwell Jr., and the hidden world of political influence, high finance, and criminal intrigue.

Jerry Falwell Jr. is a prominent figure in the evangelical world whose support for presidential candidate Donald J. Trump helped secure Trump's Republican nomination in 2016. He captured headlines when it was revealed that he and his wife Becki had participated in a years-long bizarre sexual relationship with a pool attendant they met at the Fountainbleu Hotel in Miami Beach. As Falwell Jr. began to deny this relationship, even more damaging news came out, ultimately forcing him to resign as president of Liberty University, which many consider to be the largest evangelical Christian university in the world.

Giancarlo Granda is now ready to share the story of his years on an only in America rollercoaster ride through the monied corridors of power and profound hypocrisy.