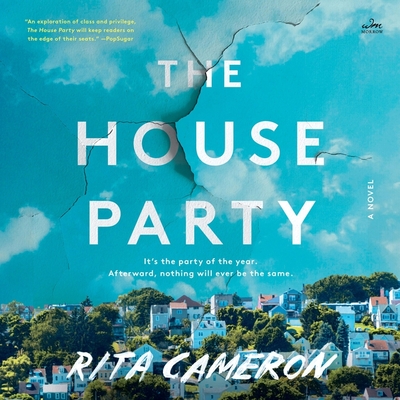 It's the party of the year. Afterward, nothing will ever be the same.

Maja Jensen is smart, stylish, and careful, the type of woman who considers every detail when building her dream home in the suburbs of Philadelphia. The perfect house that would compensate for her failure to have a child, the house that was going to save her marriage. But when a group of reckless teenagers trash the newly built home just weeks before she moves in, her plans are shattered.

Those teenagers, two months away from graduating high school, are the good kids--the ones on track to go to college and move on to the next stage of their privileged lives. They have grown up in a protected bubble and are accustomed to getting by with just a slap on the wrist. Did they think they could just destroy property without facing punishment? Or was there something deeper, darker, at play that night? As the police close in on a list of suspects, the tight-knit community begins to fray as families attempt to protect themselves.

What should have been the party of the year will have repercussions that will put Maja's marriage to the ultimate test, jeopardize the futures of those good kids, and divide the town over questions of privilege and responsibility.

An absorbing novel told through shifting perspectives, The House Party explores how easily friendships, careers, communities, and marriages can upend when differences in wealth and power are forced to the surface.