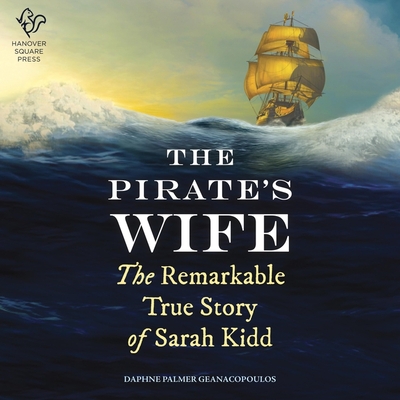 The dramatic and deliciously swashbuckling story of Sarah Kidd, the wife of the famous pirate Captain Kidd, charting her transformation from New York socialite to international outlaw during the Golden Age of Piracy

Captain Kidd was one of the most notorious pirates to ever prowl the seas. But few know that Kidd had an accomplice, a behind-the-scenes player who enabled his plundering and helped him outpace his enemies.

That accomplice was his wife, Sarah Kidd, a well-to-do woman whose extraordinary life is a lesson in reinvention and resourcefulness. Twice widowed by twenty-one and operating within the strictures of polite society in seventeenth- and eighteenth-century New York, Sarah secretly aided and abetted her husband, fighting alongside him against his accusers. More remarkable still was that Sarah not only survived the tragedy wrought by her infamous husband's deeds, but went on to live a successful and productive life as one of New York's most prominent citizens.

Marshaling in newly discovered primary-source documents from archives in London, New York and Boston, historian and journalist Daphne Palmer Geanacopoulos reconstructs the extraordinary life of Sarah Kidd, uncovering a rare example of the kind of life that pirate wives lived during the Golden Age of Piracy. A compelling tale of love, treasure, motherhood and survival, this landmark work of narrative nonfiction weaves together the personal and the epic in a sweeping historical story of romance and adventure.