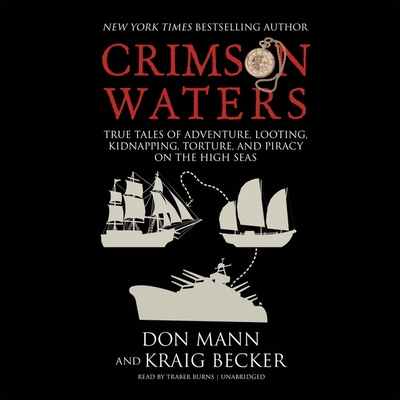 By Don Mann, Kraig Becker, Traber Burns (Read by)
$41.95
Unavailable, Out of Stock, or Out of Print

New York Times bestsellling author separates history from myth from the Pharaohs to Blackbeard and Captain Kidd to today.

Soon after the first maritime trade routes became operational, seafaring bandits appeared to prey upon the cargo, crews, and ships of others. Crimson Waters traces the history of piracy around the globe, stretching back from its roots in 2500 BCE, through the Golden Age of Piracy in the seventeenth and eighteenth centuries, and up to the modern-day pirates who still threaten boats along coastlines and on the open seas.

This journey through history includes

evidence of Sea People during the reigns of Egyptian Pharaohs,

the raids and pillaging of seafaring Vikings,

a historical account of the real pirates of the Caribbean,

pirates of the modern age and why the occupation has persevered,

Crimson Waters satisfies all the armchair swashbucklers who long for a sense of adventure and the history buffs looking to spruce up their knowledge of maritime exploits.