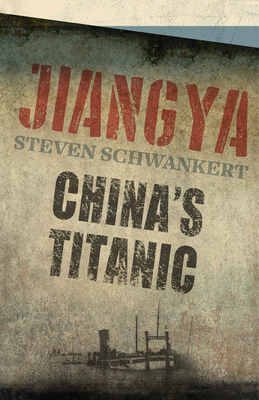 History forgot one of the world's worst maritime disasters. Until now.SS Jiangya sailed past Shanghai's famous Bund on a December night, hours before an explosion would claim more lives than Titanic. The cause of that explosion and loss of life remained a mystery to the present day. Through interviews with survivors and descendants, original Chinese archival research, and examination of eyewitness testimony, Jiangya: China's Titanic solves the history of the sinking, determines a final death toll, and shows the lives still touched by its loss. Finally, the full story of one of the world's worst shipwrecks can be told.

Steven Schwankert is an award-winning writer with more than 20 years of experience in Greater China, focusing on exploration, culture, media and technology. His book Poseidon: China's Secret Salvage of Britain's Lost Submarine was published in 2013. Beijing & Shanghai, a guidebook he co-wrote, is now in its third edition. His book "The Six," about the Chinese survivors of the Titanic, will be published in 2021. Steven is a Fellow of The Explorers Club and the Royal Geographical Society, and founded SinoScuba, Beijing's first professional scuba diving operator in 2003. In 2007, he led the first-ever scientific expedition to dive Mongolia's Lake Khovsgol, where he and his team found two wooden shipwrecks. He is an alumnus of the University of Massachusetts at Amherst's Asian Languages department, and received his Master's in journalism at the University of Colorado at Boulder in 1995. He divides his time between Beijing and the New Jersey Shore.