A Man of Vision with A Mission of Hope (Paperback) 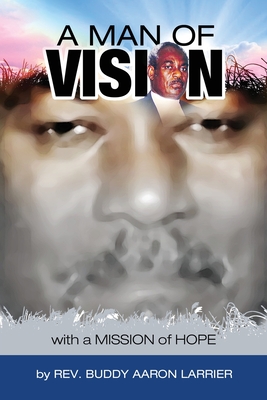 The book A Man of Vision with A Mission of Hope is the first of a four part series to tell the story of an Afrikan born Barbadian man who was given a vision in 1977 of events for the 21st Century.

He is the founder of the Universal Day of Hope Trust, which from 1990 has been lobbying world leaders for October 12 to be observed as the International Day for truth, justice, peace, healing and reconciliation that would expose and counter the planned depopulation programme, now associated with the COVID-19 Jab (vaccine).

He is the Chairman of the Non-State Actors Reparations Commission Inc. and of the Barbados Chapter of the African Diaspora Development Institute (ADDI) a global organisation that is speaking truth to power for economic and spiritual liberation of Afrikan people; as a Human Rights Advocate and a Social Historian with over 40 years activism and of sharing his vision of 1977 for the 21st Century, which was "a vivid picture of a New Political and Economic Order for the 21st Century based on truth, justice and peace with Barbados and other Caribbean countries in the leadership position for reparations.

In pursuit of the vision he was unjustly section in a mental institution in 1977 and in prison in 1994. His experiences were instrumental in bring about a change in the British Mental Health Act of 1959 of contributing to outcome of the 2001 UN World Conference against Racism held in Durban South Africa and to the World Social Forum proclaiming October 12 as the International Day for Reparations.

As a social historian he has much information to share as to why Barbados became a Parliamentary Republic on November 30, 2021 after being an Independent country for 55 years with Queen Elizabeth II as its Head of State.