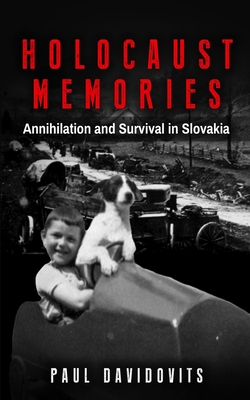 This Holocaust memoir began with an album of photographs, one of the few family possessions that survived WWII. After his mother's death the album passed on to Paul Davidovits, who became keenly aware that he was now the only person alive who recognized the people in the photographs, remembered how they were interconnected, knew about their journey through life.

Davidovits now tells the stories of the inhabitants of this lost world, guiding us through his own childhood. He evocatively portrays the harrowing and traumatic unfolding of history, but also lingers on poignant moments of love, bravery, generosity and humor.

Davidovits' stories are unique and finely honed, and while highly personal, their vivid depiction of survival and the determination of the human spirit - even in the face of barbarity and seemingly insurmountable odds - is universal and will remain relevant to every generation.