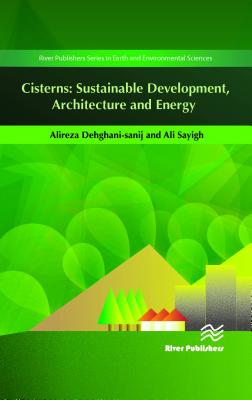 Cisterns: Sustainable Development, Architecture and Energy was written on beliefs that based on historical evidence and actual findings, Iran is most probably the country where cisterns, or Aub-anbars in Farsi, were first developed and built. Therefore, it is quite natural for the author to name cisterns in the text Aub-anbars, as it has been called for centuries in this country, the translation of the same name having been used in other countries too. Although in some books, journals and papers published out of Iran by foreign and Iranian scholars, the names Cistern or Water Reservoir have been used. The word Aub-anbar is a compound noun in Farsi; Aub means water and Anbar means tank/reservoir. Putting them together gives the noun Aub-anbarand it should be used as one word.People of the region wanting reserved cool water whether in cities or in different locations across the harsh desert during their travel. Queen Zubeida, the wife of Khalifa Haroon Al-Rasheed in 750 AD built one of these cistern closer to the town of Hiyal in Saudi Arabia so that the Pilgrims? Caravans going to Mecca will have cool, fresh water. This book consists of 11-chapters with full analysis, illustrations and photographs. It makes interesting readings to those interested into vernacular architecture, traditional buildings and creative thinking.