How to Rule the World: Lessons in Conquest for the Modern Prince (Paperback) 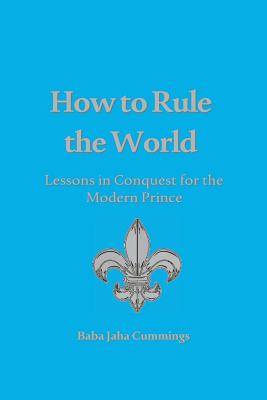 Attaining one's humanity, as understood by the ancients, involved the cultivation of all three brains that a person possesses: the head brain - analysis/hindsight; the heart brain - intuition/truth; and the stomach brain - practicality/equilibrium; and if female, additionally, the womb brain - physical creation/metaphysical creation. Human-ness is an attainment, not a birthright.

Mythology is a collection of carefully crafted stories that contain the esoteric secrets necessary for one to become a complete person and as such form the basis of a cultivated and sustainable society.

In this age where it is common belief that having a body makes one a "human being", it is the responsibility of those who carry the stories to help return humanity to a higher sense of self, most importantly realized in two ways: one, actualizing one's creative potential for the purpose of contributing it with society; and two, loving one's neighbors and the natural environment as one's self.

Storytelling is the method through which sacred knowledge is taught to future generations. Contained in these stories are psychological triggers that lead the serious student to connect to the truth about themselves and the world they live in. Stories that are best understood utilize the language and references of the day.

In a similar manner in which 20th century Kabbalists have translated the Language of Branches, found in the Torah and Zohar, into works such as "The Shamati", and the "Social Writings of Rabash"; the author translates the language of Ifa, "the Wisdom of Nature", known to Kabbalists as "Shekinah", to Gnostics as "Shekinah" or "Sophia", and to Sufis as "Sakina", into a story of the advisor to the Prince. In learning "how to rule the world", the Prince will learn how to rule his own nature.