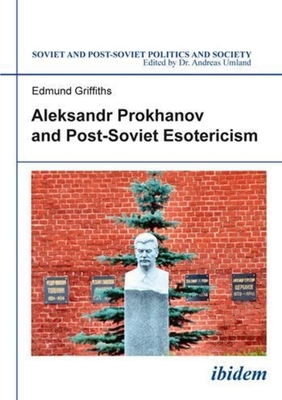 Aleksandr Prokhanov is a prize-winning novelist and, as editor of the weekly newspaper Zavtra, a leading figure in Russian imperial patriotism. Ever since 1991, when he signed (and reputedly wrote) the manifesto for the failed putsch against Mikhail Gorbachev, he has been an influential voice in Russian political culture--helping to turn the "irreconcilable opposition" of the 1990s towards empire, grappling with the difficult question of whether to endorse Vladimir Putin as a savior, and promulgating a bewildering series of conspiracy theories. He has also been a remarkably prolific writer. His novels are at once muck-raking and lyrical, with Moscow scandal interwoven with the mystical yearnings of 'cosmism.' The same themes recur again and again in his articles as well as his novels: conspiracies, space exploration, the resurrection of the dead, and Stalin as a supernatural redeemer. This book strives to understand Prokhanov as the leading representative of post-Soviet esotericism, a school of thought that has acquired wide resonance in Russia since the collapse of the USSR.

Edmund Griffiths holds a doctorate from Oxford University. He is the author of Towards a Science of Belief Systems.