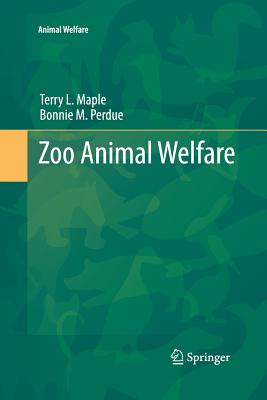 Terry L. Maple is Research Professor of Biology and Psychology, and Affiliate Professor at the Harriett Wilkes Honors College of Florida Atlantic University. He is also Professor-in-Residence at the San Francisco Zoo and a leadership consultant to non-profit organizations. He previously served as the President/CEO of Zoo Atlanta and the Palm Beach Zoo. Dr. Maple was elected president of the Association of Zoos and Aquariums in 1999. For a decade he served as the Elizabeth Smithgall Watts Professor in the School of Psychology at the Georgia Institute of Technology where he founded and directed the Center for Conservation & Behavior. Dr. Maple served for four years on the board of the U.S. Institute for Museum and Library Services, a Presidential appointment. As the Founding Editor he launched the scientific journal Zoo Biology in 1982. Dr. Maple and his many students and collaborators have written and edited more than 200 scientific books and papers, including Ethics on the Ark (1995) and Great Apes and Humans: the Ethics of Coexistence (2001) both published by Smithsonian Institution Press. Bonnie M. Perdue is a post-doctoral scientist at the Language Research Center at Georgia State University in Atlanta. She received her Ph.D. in Cognition and Brain Sciences with an emphasis on Animal Behavior and Comparative Psychology from the School of Psychology at the Georgia Institute of Technology where she served as the Coordinator of the Center for Conservation & Behavior. Dr. Perdue has conducted behavioral research on giant pandas in China, otters, elephants, flamingos, and a variety of non-human primate taxa at Zoo Atlanta and the Language Research Center at Georgia State University. Her papers have been published in many peer-reviewed journals including Biology Letters, the Journal of Comparative Psychology, the Journal of Applied Animal Welfare Science, and Zoo Biology.