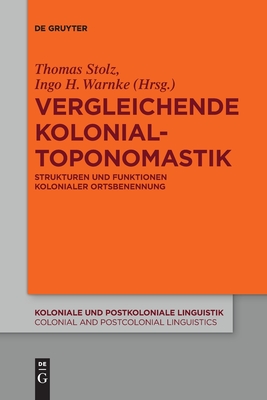 KPL/CPL serves the purpose of making accessible to the interested public (linguists, historians, native speakers of the object languages, etc.) and commenting upon those texts the topic of which are languages of the former European possessions in overseas and which were written during the European colonial era. The focus is on hitherto unpublished manuscripts and texts which nowadays are hard to come by. KPL/CPL also investigate in what ways the cultural and political discourse of the (post-)colonial times is reflected in the contemporary linguistic contributions dedicated to the languages of the colonized peoples.

The new series publishes monographs and collections of articles. All incoming manuscripts are peer-reviewed (double blind). The languages of publication are preferably English and German.