Unfamiliar Selves in the Hebrew Bible: Possession and Other Spirit Phenomena (Ekstasis: Religious Experience from Antiquity to the Middle #9) (Hardcover) 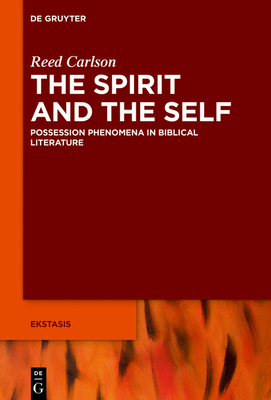 Spirit possession is more commonly associated with late Second Temple Jewish literature and the New Testament than it is with the Hebrew Bible. In Unfamiliar Selves in the Hebrew Bible, however, Reed Carlson argues that possession is also depicted in this earlier literature, though rarely according to the typical western paradigm. This new approach utilizes theoretical models developed by cultural anthropologists and ethnographers of contemporary possession-practicing communities in the global south and its diasporas. Carlson demonstrates how possession in the Bible is a corporate and cultivated practice that can function as social commentary and as a means to model the moral self.The author treats a variety of spirit phenomena in the Hebrew Bible, including spirit language in the Psalms and Job, spirit empowerment in Judges and Samuel, and communal possession in the prophets. Carlson also surveys apotropaic texts and spirit myths in early Jewish literature-including the Dead Sea Scrolls. In this volume, two recent scholarly trends in biblical studies converge: investigations into notions of evil and of the self. The result is a synthesizing project, useful to biblical scholars and those of early Judaism and Christianity alike.