The Diary Of A Drug Fiend (Hardcover) 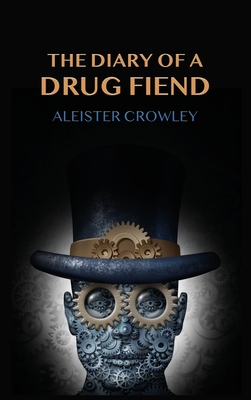 By Aleister Crowley
$14.99
Unavailable, Out of Stock, or Out of Print

"Light illuminates the path of humanity: it is our own fault if we go over the brink." -Aleister Crowley

Aleister Crowley was a noted and controversial occultist, ceremonial magician and poet. He has been called "the wickedest man in the world, or "The Great Beast 666, or "The Master Therion", but he remained a highly influential figure over Western esotericism and the counterculture. "Diary of a Drug Fiend", is his first published novel, and is also reportedly the earliest known reference to the Abbey of Thelema in Sicily. Crowley took as his example Dante's "Divine Comedy" partitioned off in three parts of the same triptych: PARADISO, INFERNO, & PURGATORIO, which affords him to delineate all these aspects of what it is to be a drug fiend.

The story is enchanting and you are swept up into the pages about the ecstacy and agony of drug usage. The realism presented here no doubt stemmed from Crowley's own dabbling with the various powders. Intoxicating, powerful, often incredibly disconcerting, this book is a tour de force by a truly great novelist. In summation, this unusual book is a classic must-read among lovers and aspirants of Literature, scholars and historians in the field of drug addiction and psychology. This novel is also recommend to students of the occult, as it serves as an excellent introduction to the Doctrine of Thelema.