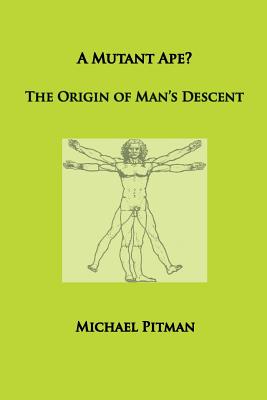 This volume is the umbilical offshoot of its 'mother book', Science and the Soul. Both are truly original works. We begin by linking with the latter. Then, using facts from palaeoanthropology, biology (classical and molecular), information theory, design theory and philosophy, A Mutant Ape? assesses the two main interpretations of your human origin.

The simple difference between these interpretations is identified. So also are the differences between man and ape. Thence the book follows the course of palaeoanthropological history until the second world war and deals with each main character in the order of its scientific discovery. After the war things become, with more workers in the field, more complex. Finds worldwide are covered and various theories seeking to locate human emergence are described and criticised. These include an account of the recent impact of genetics before, at last, we both turn to Australia and return to Europe for the summing up.

Read thoroughly and by the end what will you think? The books Adam and Evolution and A Potted Grammar of Natural Dialectic may further help to clarify the issue.