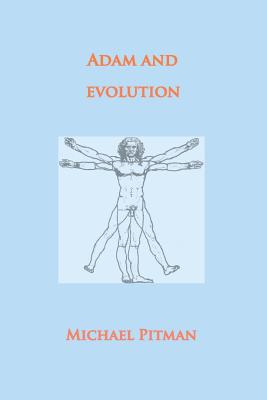 This work is updated version of the original ground-breaking Adam and Evolution. It not only heavily criticises neo-Darwinian orthodoxy in all its various fields but also provides a logical, alternative perspective to the question of life's origin. Its premise is that matter (and therefore any biological vehicle) is a form of non-conscious energy but code is an expression of thought. Matter itself, having no reason, cannot produce codified information. Does a biological body, perhaps even the body of the universe itself, involve an immaterial part - codified instruction that makes it larger than the sum of its physical parts? Or is chance king? Although the universe appears to work by rules and to have been established in a very particular way, a materialist believes that this appearance of order is in fact unplanned. Its invisible framework of regulation must have occurred by chance and, since inception, individual objects and events occur by chance as well. Thus neo-Darwinism is a gospel accepted in the faith that, given enough time, chance could generate the miracle of life. Is this a rational belief? Let us take a look at these two radical differences of opinion, ones that affect us personally and deeply. This works is a harbinger of the philosophical framework called Natural Dialectic and links with books Science and the Soul, A Mutant Ape? The Origin of Man's Descent and A Potted Grammar of Natural Dialectic.