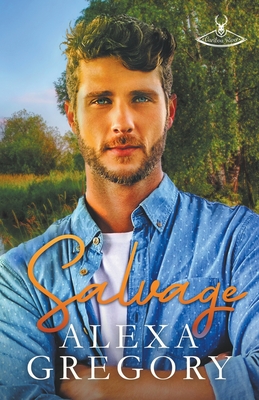 High school sweethearts, a tragic accident, and a second chance to salvage their love.

Three years ago, an accident ripped Rowan Walker's life apart. He doesn't recognize himself or his life. He's no longer a boyfriend, volunteer firefighter, and friend. But he's got a plan to make amends and get his life back on track. If he catches the Caribou River Arsonist, it will be his apology letter to his family. To Eastwood. To Violet.

Violet Ross has always been a fighter, but the darkness in Rowan's head never played fair. Now, Violet has to avoid the man she still loves. No easy feat. They share custody of their dogs, and he hasn't technically moved out yet. Slowly, she lets Rowan back into her life, and her heart reminds her that she's never been a quitter.

Old hurts don't stay hidden long when loss and grief follow them around. Violet might still have some fight left in her, but she can't win Rowan's battles for him. She has her own to contend with, something she thought was long gone and buried.

This small-town second chance romance is the second book in the Caribou River series but can be read as a standalone.