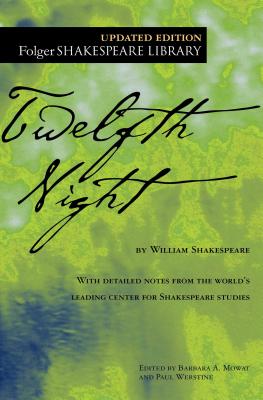 Named for the twelfth night after Christmas, the end of the Christmas season, Twelfth Night plays with love and power. The Countess Olivia, a woman with her own household, attracts Duke Orsino. Two other would-be suitors are her pretentious steward, Malvolio, and Sir Andrew Aguecheek.

Onto this scene arrive the twins Viola and Sebastian; previously caught in a shipwreck, each thinks the other has drowned. Viola disguises herself as a male page and enters Orsino’s service. Orsino sends her as his envoy to Olivia—only to have Olivia fall in love with the messenger. The play complicates, then wonderfully untangles, these relationships.

The authoritative edition of Twelfth Night from The Folger Shakespeare Library, the trusted and widely used Shakespeare series for students and general readers, includes: