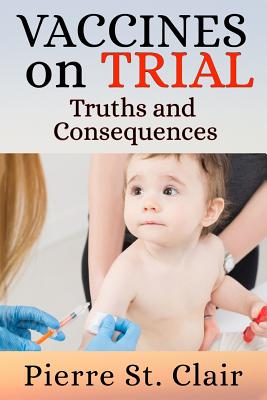 Bestselling author and Investigative Journalist, Pierre St. Clair, digs behind the headlines of today's news to give you the real story behind the hype. In 2015 he won the prestigious Sir J. C. Bose Award for Investigative Journalism in the field of Science and Technology for his book Cosmology on Trial. Although born in London, at five years of age his family emigrated to Canada. His mother was a cultured lady who sent him for violin and music theory lessons when he was only six. As a teenager his interest in classical violin dwindled. He bought his first guitar, taught himself how to play, formed a band, and began performing locally. Within a few short years he was touring throughout Canada and the US. Music was his first love and remains so. His journalism career began partially as a result of his college girlfriend's mother. The daughter of a missionary in Shanghai, she had grown up in China and pursued an interest in the occult sciences, including palmistry. One Saturday afternoon she asked to see his hand. "After a few minutes study, she told me that I had a talent for writing. She said, 'One day you will become an author.' Soon that writing talent began to manifest itself. "My interest in writing, and especially research, continued to increase. I loved digging behind the scenes to find out what was really happening beneath the headlines. That's how I became an investigative journalist. "I've traveled to 76 countries in the course of investigating a variety of stories. Travel has been my best education about culture, tradition, and food. Yes, I have had the pleasure of dining on an assortment of traditional cuisines worldwide." You may visit his Author Page here: http: //www.amazon.com/author/pierrestclair